What series has style, substance, monsters, and a gothic social hierarchy masking a multitude of mysteries? Might I welcome you to Shadows House, where nothing is at it seems. Come in for a spell, put up your feet, and do mind the soot marks on the glassware.

This series is streaming on Funimation

Disclaimer: The views and opinions expressed by the participants in this chatlog are not the views of Anime News Network.

Spoiler Warning for discussion of the series ahead.

Hey Steve, hope you don’t got any big plans tonight. I got a rather fancy invitation for the two of us and we better put on our best dress and our best foot forward. There’s gonna fancy music, aristocrats, AND just a little bit of creeping conspiracy. Spare me a dance too, would you?

Okay but apparently one of us has to roll around in a pile of soot 101 Dalmatians-style, and I’m calling Not It.

Or at least, that’s the way I hear they like to do it up at the Shadows House. Can’t imagine how it got that name. 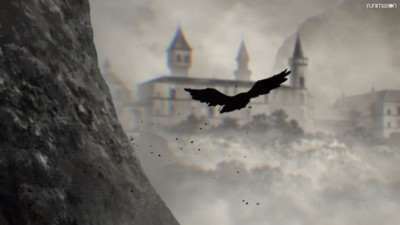 SHADOWS HOUSE is a bit of what we call a slow burner, ha ha, it’s a Victorian-inspired fantasy and gothic mystery centered on the life and social customs of the mysterious beings known as the Shadow family from the perspective of the loyal “living dolls” who serve them. 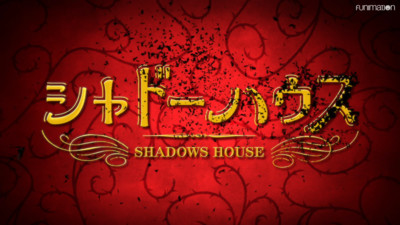 First off, everything about this show just deeply rooted in its aesthetics and it is KILLER!
I was about to say! I picked this series as one of my most anticipated of the spring season based on its…