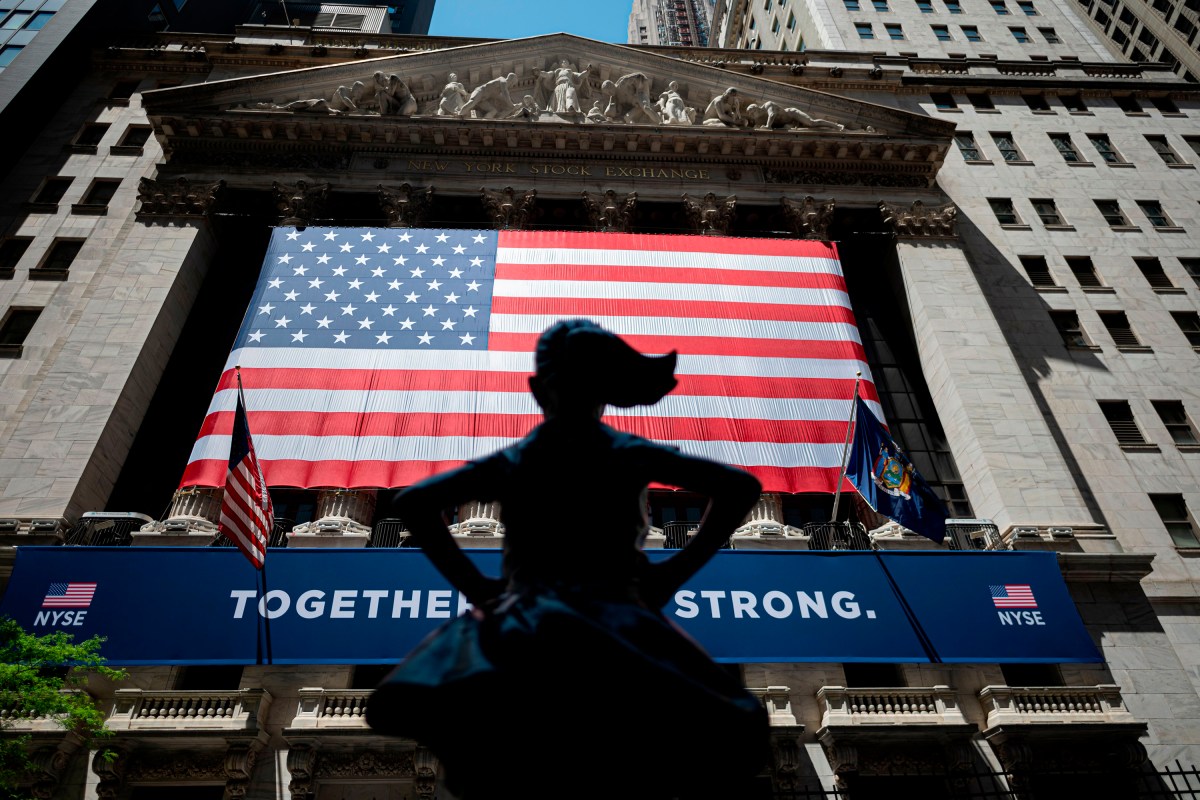 The stock market may have ended the year at record highs, but Wall Street is now in a very different place than it was this time last year.

Big banks were pulling in huge profits amid record low unemployment, while hedge funds’ main crisis was of markets being too hot for investors to justify paying them exorbitant fees.

Fast-forward to today and Wall Street is riding a supercharged stock market and shattered economy into a deeply uncertain 2021 as offices remain empty — some likely forever — causing some investors to predict that the pain and stress of 2020 could persist well into 2021.

Bank stocks are largely down for the year despite the stock market rally. JPMorgan for example, ended the year down 8 percent while Citigroup is down 22 percent.

Banking has been weighed down by the pandemic forcing the Fed to lower the benchmark lending rate from 2 percent to near zero. Lower rates mean less income for banks, especially as consumers rushed to refinance their loans.

Widespread lockdowns and shifting consumer spending, meanwhile, has led to a tidal wave of bankruptcies and loan defaults.

But it’s not been all bad for Wall Street. Investors chased initial public offerings at a record rate in 2020, a trend that’s not expected to slow down in 2021.

Special-acquisition companies, or SPACs, have been driving the IPO craze because they make it easier to take a company public by listing first as shell companies whose sole purpose is to raise money to buy a real business that then takes over the listing.

SPACs launched last year still have money to spend, including one run by billionaire Bill Ackman, which raised $4 billion in July — just a slice of $83 billion SPACs raised in 2020, or nearly eight times more than the sector had ever raised in one year.

Wall Street’s wealthiest clients, meanwhile, are far from suffering, as might be noted from hedge-fund billionaire Ken Griffin’s shelling out more than $100 million in June for a painting by Jean-Michel Basquiat.

The top 10 billionaires are estimated to be $347 billion richer since the pandemic arrived, although with stocks getting more expensive and government spending pushing bond yields through the floor, Wall Street investment firms will be forced to continue to help their one-percenter clients find new ways to allocate their millions.

It may be why cryptocurrencies like Bitcoin, which neared the $30,000 valuation barrier on Wednesday, are expected to continue making headway in 2021, with some experts predicting Bitcoin could double in value by the end of this year.

For now, all eyes remain on Washington DC where the Biden administration is taking shape. While Wall Street expects more stimulus and more action on stopping the pandemic, it also foresees a more difficult regulatory environment and possible corporate tax hikes down the line.