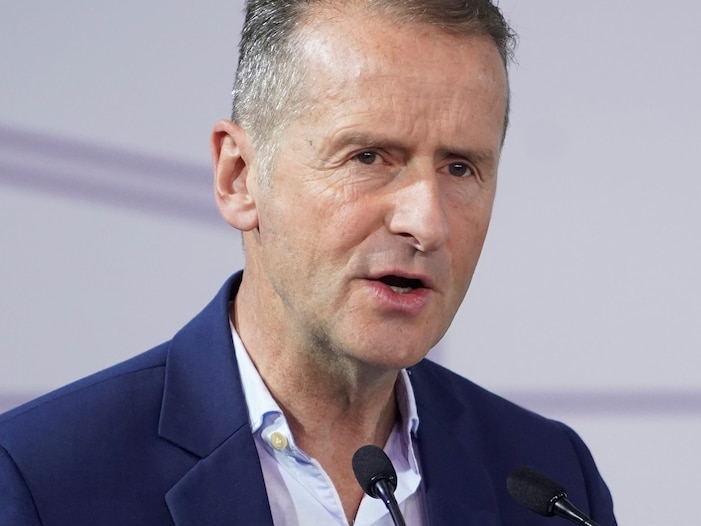 Germany’s Volkswagen is not concerned by any Apple plans for a passenger vehicle that could include the iPhone maker’s battery technology, its chief executive Herbert Diess said.

Apple reportedly plans to build a self-driving electric car by 2024, and the tech giant has reportedly held talks with Hyundai, Kia, and Nissan.

“The car industry is not a typical tech sector that you could take over at a single stroke,” Diess told the Frankfurter Allgemeine Sonntagszeitung on Sunday.

“Apple will not manage that overnight,” he added.

Read more: One of Apple’s key execs might be moving to work on the tech giant’s electric vehicle project. Here are the 3 auto companies that are most likely to build the car, experts say.

While Apple’s plans are not public, Diess said its intentions as such were “logical” because the company had expertise in batteries, software, and design, and that it had deep pockets to build on these competencies.

Apple has made no public announcements about its self-driving car project, which is internally known as “Project Titan,” though it has recently patented some vehicle features.

Its talks to collaborate with Hyundai and Kia on the car were put on hold after news leaked of the potential partnership, Bloomberg reported. The companies had planned to sign a deal by March that would lead to a “beta” version of an Apple electric vehicle as early as 2022, local media reported, though Hyundai execs were said to be wary of the partnership.

Apple also approached Nissan about making an autonomous car together, but the talks collapsed after they clashed over branding, sources told The Financial Times.

Volkswagen plans to develop software needed for autonomous cars in-house to ensure it can compete against tech firms in the field of electric car data. The automaker sold 231,600 electric vehicles in 2020 – more than three times as many as in 2019.