Tim Allen says he 'kind of liked' how Trump 'pissed people off,' explains why he's conservative

Ten rockets land at Iraqi air base hosting US forces 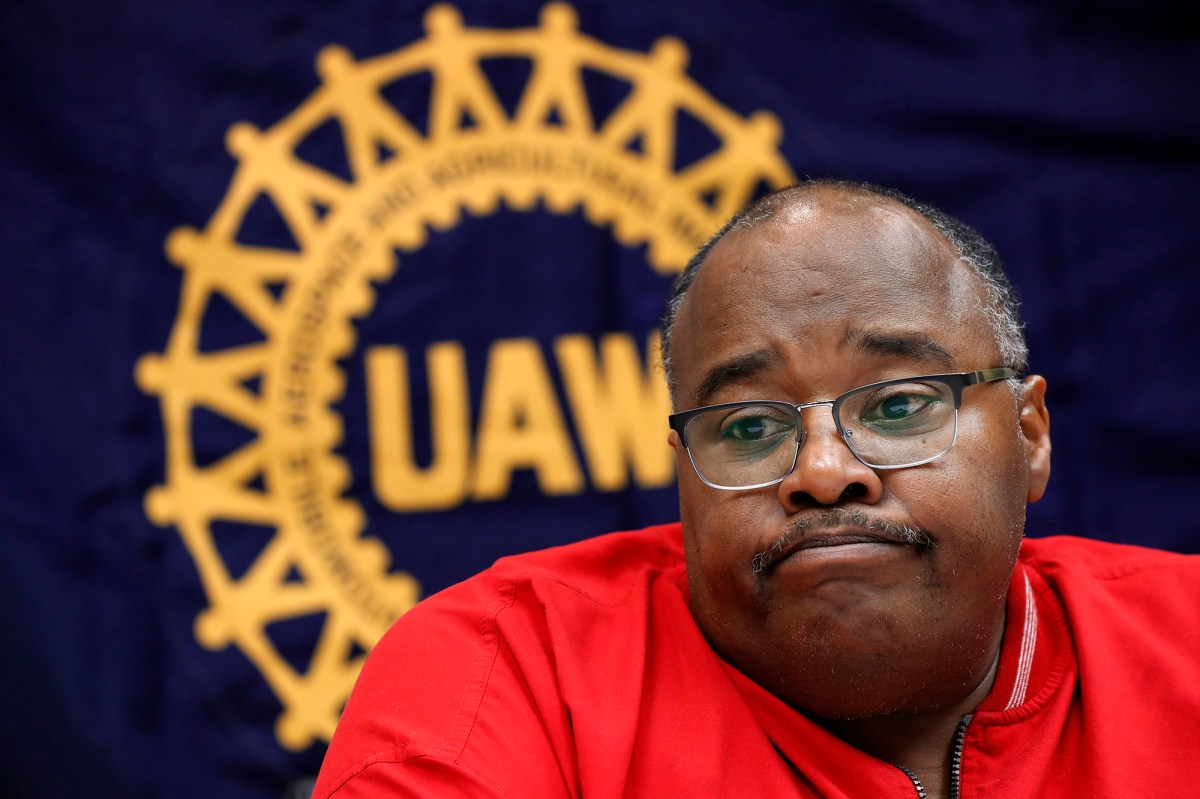 An independent monitor will watch the United Auto Workers’ finances and operations, and members will decide how they pick future leaders under a reform agreement with the US Attorney’s office.

The deal was announced Monday in the wake of a wide-ranging federal probe into union corruption that reached into the upper ranks of the 400,000-member union.

It holds off a possible federal takeover of the UAW due to the probe into bribery and embezzlement that has lasted more than five years.

The monitor, to be nominated by the union and approved by the Justice Department, will stay in place for six years under an agreement that still must be approved by a federal judge.

Matthew Schneider, the US Attorney in Detroit, said Monday that the probe of the union has ended, but investigators still are pursuing unspecified individuals.

But he said that current UAW President Rory Gamble is not a target of the investigation. “I don’t have any reason to investigate Mr. Gamble,” Schneider said.

Gamble said the settlement, while painful, takes the union another step toward “restoring the full faith and confidence of our members.”

The probe has led to 11 convictions of union members, including two former presidents. Schneider said it uncovered embezzlement of over $1.5 million in dues money, kickbacks to union officials from vendors and $3.5 million in illegal payments from executives at Fiat Chrysler who wanted to corruptly influence contract talks. The union, he said, already has repaid $15 million in improper charges to joint training centers set up with General Motors, Fiat Chrysler and Ford.

Under the deal, union members will decide by secret ballots whether they will vote directly to pick the union’s future leaders, some time before the next election in 2022.

Many of the union officials were accused of conspiring with others to cover up the use of union cash for boozy meals, premium cigars, golf and lodging in Palm Springs, Calif.

Schneider, whose office has been investigating union corruption since 2015, had floated the idea of a government takeover and has advocated for direct voting by members to elect union leadership. Currently the union’s members vote on delegates to a convention, who then vote on a president.

Williams, 67, was president from 2014 until he retired in 2018. He was accused of conspiring with others to cover up the source of cash for lavish meals, cigars and large expenses.

The union’s Region 5 leadership, which was based in Missouri and headed by Jones, would hold weeklong retreats in Palm Springs and invite Williams along. He said he stayed beyond “what my union business required.”

Williams told a judge that he wondered if money was being misused but that he was assured by Jones that “everything was above board.”

More than $53,000 in union money was used to rent a villa for Williams for monthslong stays in 2015-18, according to a court filing.

He faces a likely prison sentence of 18 to 24 months.

The Detroit-based UAW is best known for representing 150,000 workers at Detroit’s three automakers.

Williams has repaid $55,000 in inappropriate travel expenses, the union said. Separately, the UAW is selling a lakefront house built for him at a union conference center in northern Michigan.

Eleven union officials and a late official’s spouse have pleaded guilty since 2017, although not all the crimes were connected. The first wave of convictions, which included some Fiat Chrysler employees, involved taking money from a Fiat Chrysler-UAW training center in Detroit.

Tim Allen says he 'kind of liked' how...

Tim Allen says he 'kind of liked' how...