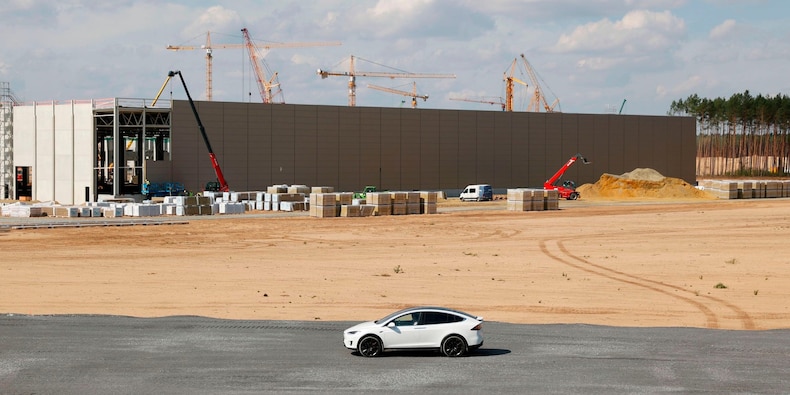 Tesla can’t open its under construction factories quickly enough to keep up with demand.

The automaker on Saturday revealed 2020 delivery figures that topped Wall Street estimates for the year, and fell short of internal targets by just 450 vehicles. While the numbers show a slow second half of the year in which the coronavirus pandemic hobbled many industries, they show a 36% increase in the company’s total output over 2019.

“The good news is Tesla has the formula consumers want,” Gene Munster, managing partner at Loup Ventures, and long time Tesla supporter, said in a blog post.  “The bad news is to keep up with this demand, the company needs to quickly build new factories in Austin, Texas, and Brandenburg, Germany. While they made it look easy in Shanghai, ramping production is difficult and will be one of the most important Tesla topics in 2021.”

Read More: REVEALED: How much Tesla, Rivian, and Nikola pay their employees, from engineers to managers

“While they made it look easy in Shanghai, ramping production is difficult and will be one of the most important Tesla topics in 2021, along with the status of FSD,” he continued.

Tesla did not provide any geographical detail in its numbers, but it did note that Model Y production has begun in Shanghai with “deliveries expected to begin shortly.” Reports from China suggest demand in the world’s largest auto market remains high, both for Tesla and electric vehicles at large. Tesla appears to have recently lowered the cost for Model Y’s in China by a significant amount.

“Tesla’s ability to grow roughly in line with expectations in 2020 is impressive because it suggests greater underlying momentum given the headwinds faced in 2020,” the bank said in a note to clients. Its price target is now $105, up from $90 in December, but still well below current trading prices.

Despite recent hiccups – including court orders and temporary water shut offs – Tesla’s Berlin factory remains on track to open in July 2021,Elon Musk told Business Insider last month. And in Texas, where the company plans to build its eventual Cybertruck, construction continues. The factory near Austin is slated to open in the first half of 2021, Tesla has said.

Both factories will be key for Tesla to ensure it retains its title as the top EV producer in the world, especially as a multitude of competitors – both upstart and traditional – seek to siphon off some of its success.

“Heading into 2021, we are seeing a major inflection of EV demand globally with our expectations that EV vehicles ramp from ~3% of total auto sales today to 10% by 2025,” Dan Ives, an analyst at Wedbush, said in a note to clients over the weekend.

“We believe this demand dynamic will disproportionately benefit the clear EV category leader Tesla over the next few years especially in the key China region which we believe could represent ~40% of its EV deliveries by 2022 given the current brisk pace of sales,” he said.

Shares of Tesla were up more than 3% in trading Monday following the delivery numbers, continuing a surge that saw the stock gain more 650% last year.