The bond market has a message for every issuer: Borrow! More! Money!

Yields are close to as low as they have ever been. Should you be loading up on debt to pour into stocks, property and other things that might produce a return above the cost of repaying the loan? One notable investor shows how getting everything right can deliver fat returns—but still come with a hefty drawback.

Britain’s Wellcome Trust stands out in 2020, as it was probably the foundation best prepared for a pandemic. It was a co-founder of the Coalition for Epidemic Preparedness Innovations in 2017, and is run by an epidemiologist who warned in January that Covid-19 was much worse than everyone thought.

The £29 billion, or $39 billion, medical charity—Britain’s biggest foundation—piled on protection for 20% of its stock exposure using derivatives when the market was complacent about the danger, and has strongly outperformed global equities as a result.

This isn’t just a story about getting 2020 right, although Wellcome’s longstanding portfolio of growth stocks, including China’s Alibaba, Tencent and
JD.com,
also did very well. Instead, this is about Wellcome’s decision back in 2018 to borrow at what was then the lowest rate ever for a corporate 100-year bond, to invest in (mostly) stocks.

On the plus side, the choice of stocks did brilliantly. In the year to the end of September, Wellcome’s equity-heavy portfolio returned 11% after inflation in sterling terms, including dividends, or 16% in dollar terms—matching its annual gains since 1985 and far ahead of the 12% from global stocks, in dollars. 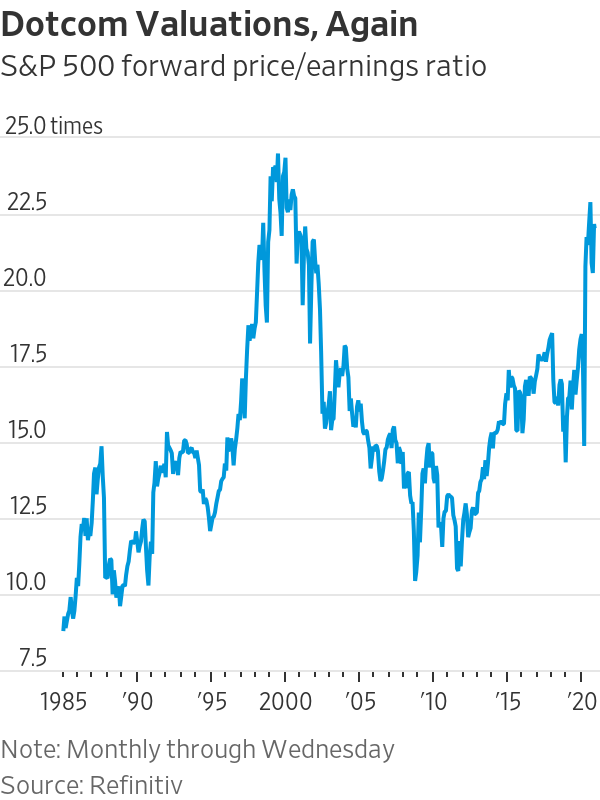 For all its success investing in stocks, Wellcome would have been far better off buying its own debt. An investor given the choice of copying Wellcome’s stock portfolio or taking the other side of the trade by buying its triple-A rated century bond, should have bought the bond: It has returned more than 30% this year.

Wellcome had to recognize this missed opportunity with an accounting charge of £260 million, to reflect the fact it would now cost more to buy back its debt. In effect, this was the cost of the missed opportunity to issue its bonds now with even lower rates than in the past.

Investors considering taking advantage of cheap money to leverage up should consider if this is likely to be repeated.

“Anyone who’s in a position to issue high-quality debt has to be thinking about it,” said Nick Moakes, chief investment officer at Wellcome.

Are you happy to load up with cheap debt to buy stocks? Join the conversation below.

The basic argument is that stocks will produce a higher return than the cost of the debt over the long run. With the yield on Wellcome’s bond that matures in 2118 at 1.4%, that seems more than plausible—but if it falls again, the seller of the bond will be kicking themselves that they didn’t wait for even better conditions.

Long-term bond prices are highly sensitive to changes in yield. If the yield on the Wellcome bond fell from 1.4% to 0.4%, the bond would rise in price by 70%—a big missed opportunity. It is hard to believe that anyone would want to lend even to a triple-A charity for a century at 0.4%. But that is the yield on Austria’s 100-year bond issued in June.

In one sense, the missed opportunity is just that, and doesn’t affect the basic logic of the trade. The question is only whether stocks will continue to beat the original cost of the bond, which for Wellcome’s 100-year is the 2.5% coupon. Mark-to-market losses should be reversed by the time the bond matures, since its repayment cost is fixed.

Unfortunately, the case for stocks is weaker than it was. Wellcome is again a great comparator: It made about the same return in the past year as it averaged over the past 35 years. Repeating that needs a combination of three things: a rise in valuations, economic growth and an increase in the share of the economy going to shareholders, proxied by the profit margin. Unfortunately, all will be harder over the next 3½ decades.

“It’s tough to see that being repeated,” Mr. Moakes said.

Valuations have risen to close to their dot-com-bubble highs, making further gains hard to sustain. Economic growth has weakened since the 1980s, and will probably be hampered by the hangover of debt, damaged businesses and lost skills because of the pandemic. And profit margins are close to record levels, again making further gains difficult.

This year, the worst economy in history was offset for shareholders by the combination of valuations propped up by central-bank action and profit margins supported by government spending. Both can continue for some time, but cannot last forever. 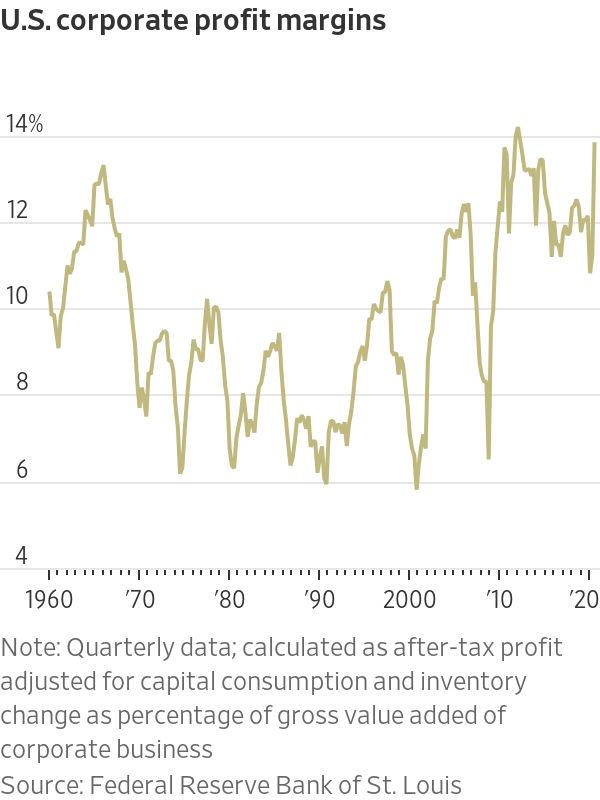 Mr. Moakes has reorganized his portfolio to remove the parts reliant on merely matching developed stock markets’ performance, because he thinks they will be unable to deliver the 4 percentage points above inflation Wellcome needs to sustain its research funding.

If you’re thinking about borrowing to invest and have access to access cheap money, a nominal return of 4% to 5%—or 2 to 3 percentage points above the inflation target—is still far above the cost of high-quality debt. But the return is hoped for, highly variable and often negative for years at a time, while the interest is fixed. This is a sure bet only for those who think of the long term as being multiple decades, not merely years, and who won’t be ruined if it goes wrong.

Write to James Mackintosh at James.Mackintosh@wsj.com