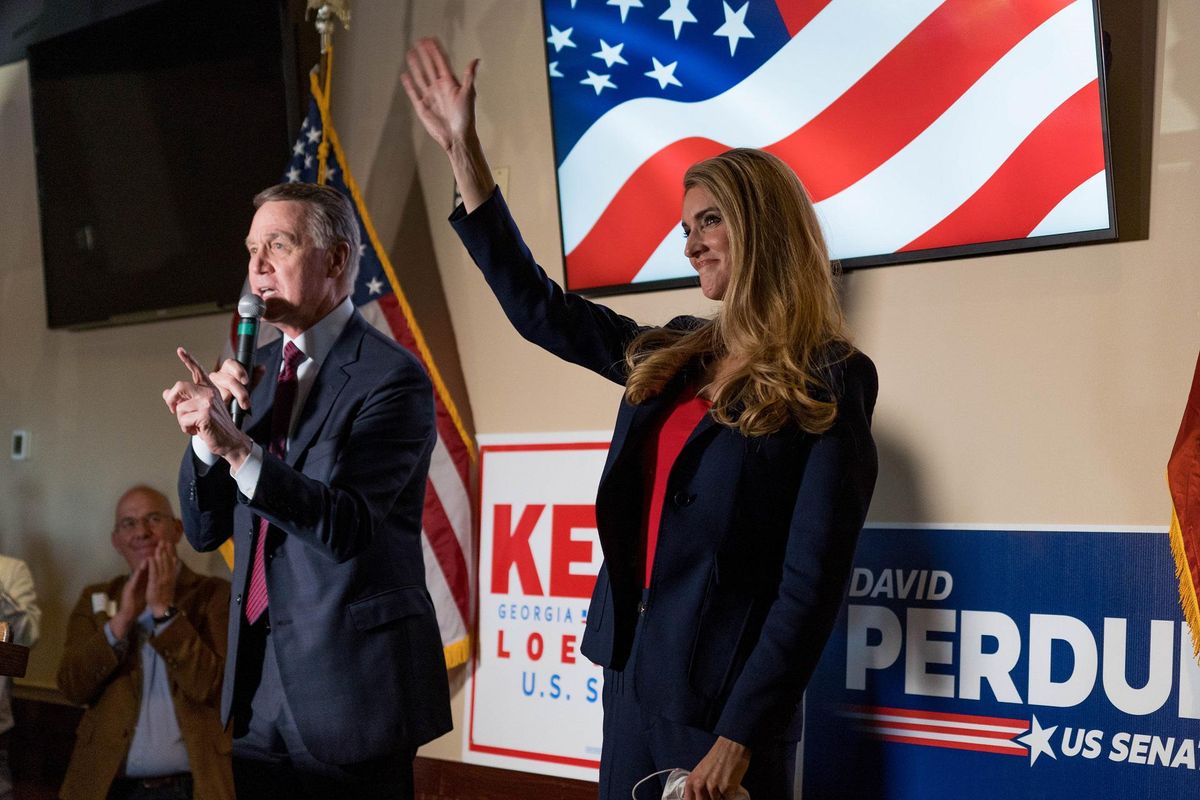 A recent poll conducted in Georgia by SurveyUSA of voters who do not plan to show up for next week’s runoffs elections found that 55% of respondents who identify as “very conservative” said the reason they will stay home is because they believe the process is “rigged” — a concerning sign for Republicans who count on the outcome in order to maintain control of U.S. Senate.

Georgia GOP Sens. David Perdue and Kelly Loeffler will face off on Jan. 5 against Democratic challengers Jon Ossoff and Raphael Warnock, respectively. If both Republicans lose, the Senate would flip to Democratic control, leaving the left in charge of both chambers of Congress and the White House if President-elect Joe Biden is sworn into office as anticipated.

What are the details?

In its analysis of the results conducted for WXIA-TV, SurveyUSA wrote:

The polling firm did note that “Georgia is a hot mess and no opinion pollster could possibly say what will happen when votes are counted,” but according to The New York Times, the GOP has been “on edge” already over the runoffs as numbers show strong early voting in some of Georgia’s Democratic strongholds.

The outlet pointed to Walker County—which President Donald Trump won with 79% over Biden—as one example, where as of Wednesday, turnout “was only 47 percent of the general election total.”

While President Donald Trump has campaigned in Georgia for Loeffler and Perdue and encouraged Republicans to show up in the runoffs to vote, he has been highly critical of the state’s Republican Gov. Brian Kemp and Secretary of State Brad Raffensperger for weeks, calling them “fools” on Wednesday while lambasting their oversight of the Nov. 3 presidential election in Georgia that was called for Biden.

Earlier this month, pro-Trump independent lawyers Lin Wood and Sidney Powell acted on their own accord during a “Stop the Steal” rally in urging Republican Georgia voters to boycott the runoffs unless officials made changes to the process ahead of next week.

If SurveyUSA’s poll has any validity, that message might have resonated with some voters. The pollster wrote in its analysis that “7% of ‘very conservative’ voters say they are ‘intentionally boycotting’ the runoffs.”