A Veganz customer favourite is about to hit Australia: the world's first pizza with a sustainability score! 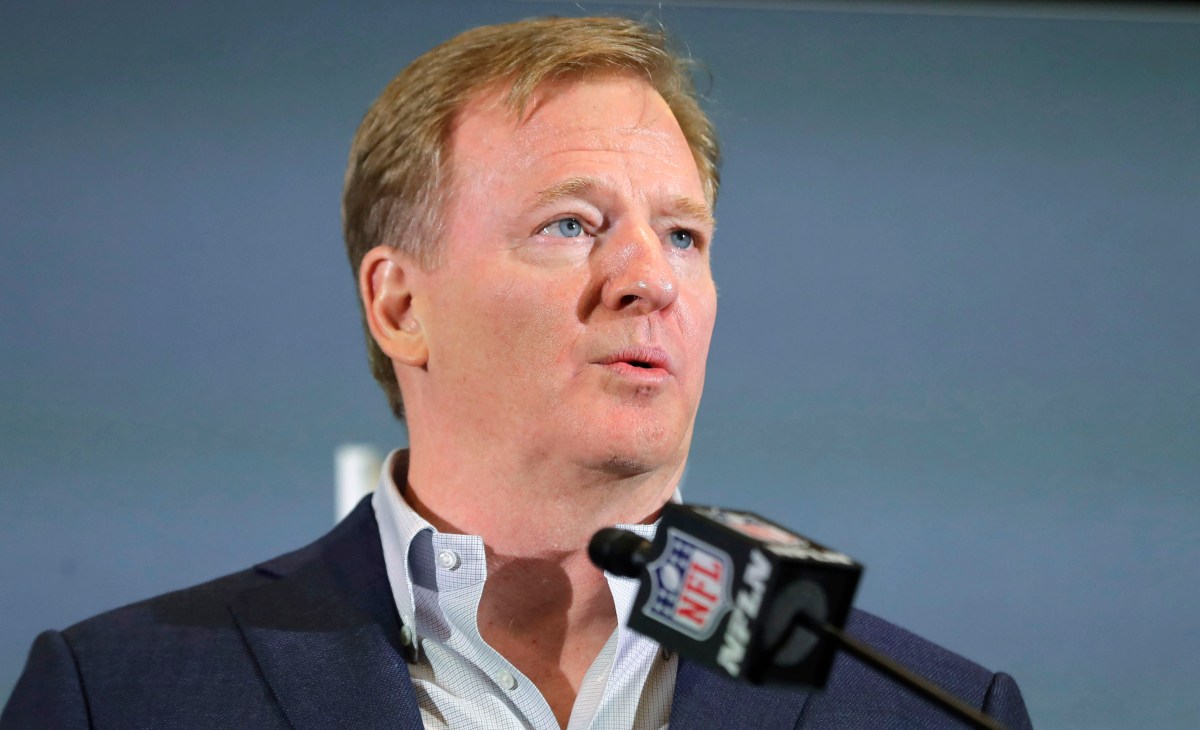 With the Super Bowl just around the corner, Monday morning quarterbacking around the NFL’s nightmare 2020 TV ratings is about to kick into high gear.

The coronavirus will surely be blamed as most games were played in supposedly sterile and fan-less stadiums. Cord-cutting will also be cited as it has younger fans watching only highlights on their smartphones instead of tuning into whole games.

But there’s one excuse you won’t likely hear all that much about, despite the fact that experts who have crunched the numbers find it’s turning fans away: People hate being told they need to be re-educated on race relations when they simply want to relax and watch a game.

Woke football seemed to be a great idea to NFL Commissioner Roger Goodell when the season began amid the nationwide protests over the death of George Floyd. The country, it appeared, was truly ready to embrace social-justice issues through the preachy testimonials we now see on TV and racial-equity slogans now plastered all over stadiums.

President Trump and the GOP were about to get trounced in a blue wave. The Washington Redskins changed their name during the summer, as will the Cleveland Indians. Progressivism was on the rise, and Big Business — which, let’s admit, the NFL is — was eager to promote it through endless seminars, public letters and advertisements that have flooded the airwaves.

One more thing: Since so many people were locked down, there was nowhere to go but sit in front of a television and watch games even if social-justice sermons were the price of admission.

Well, things didn’t work out that way. Trump, of course, lost the election but there was no blue wave. Progressive initiatives were voted down as the country, in many ways, turned more red than blue.

Meanwhile, NFL ratings are down big time, around 7 percent, according to Nielsen.

Sure, football is still tremendously profitable. It generated revenues of around $15 billion in 2019 in part because all the networks that carry the NFL pay the league a combined $6.25 billion a year to air games.

But those profits also reflect a bounce-back in ratings since 2016 — the last time the NFL and Goodell began engaging in social-justice issues by allowing players to take a knee during the national anthem. After fan backlash, the league made it a policy that players and personnel must stand during the anthem.

With social-justice sermons once again on the rise and NFL ratings falling — again — this year, ad revenues (which came in at about $5 billion last year) are almost certainly going to take a big hit, marketing executives tell me.

As The Wall Street Journal reported, the networks are already giving rebates to major advertisers to maintain relationships during the ratings drought. NFL profits will certainly be squeezed.

Not everyone agrees that social justice doesn’t sell. Mark Cuban, the voluble tech entrepreneur and owner of the NBA Dallas Mavericks tells Fox Business’ Lydia Moynihan that “of all the issues facing sports, [social justice is] a positive, not a negative, for ratings.”

Others have pointed to the fact that football — for all its preaching — isn’t the only sport taking a ratings hit. Look at ratings for golf, the least woke sport of them all, and you will see the same sort of declining interest.

But people who crunch the sports-marketing numbers say there is evidence to suggest mixing woke-ism with football doesn’t fly with many fans.

The Morning Consult, a marketing data company, surveyed 2,200 adults on their sports viewership during the pandemic that coincid­ed with the nationwide protests over the Floyd killing, the reaction of sports leagues through ads, and outright support of movements such as Black Lives Matter.

“Of that group, 615 [28 percent] said they were watching less frequently than before the pandemic,” said Kara Gelber, the communications director for the Morning Consult, in an e-mail. “We then offered respondents a blank space to provide the primary reason they are watching sports less frequently; 17 percent cited politics, social justice or general contempt for athletes.”

It was the leading reason why fans are boycotting sports this year, followed by 16 percent saying they were “too busy” and 14 percent citing “other entertainment activities.”

Remember, this was to be the year when people had nothing better to do than binge-watch television, including news and sports.

Netflix, which notably is commercial-free, has been killing it during the pandemic with 195 million worldwide subscribers in the third quarter of 2020, a 23 percent increase from the same period a year ago. According to Bloomberg, Netflix CEO Reed Hastings’ net worth grew by $2.2 billion to more than $6 billion this year.

For my part, I have no problem with sports woke-ism. I never thought taking a knee was the most provocative social-justice statement. But I’m also a die-hard football fan who will sit through almost anything to watch Patrick Mahomes perform his magic.

I’m also not representative of most NFL customers, marketing execs tell me. But if Goodell wants the NFL to remain the financial juggernaut it has always been, he’d better get to know his customer.

A Veganz customer favourite is about to...

A Veganz customer favourite is about to hit...

A Veganz customer favourite is about to hit...