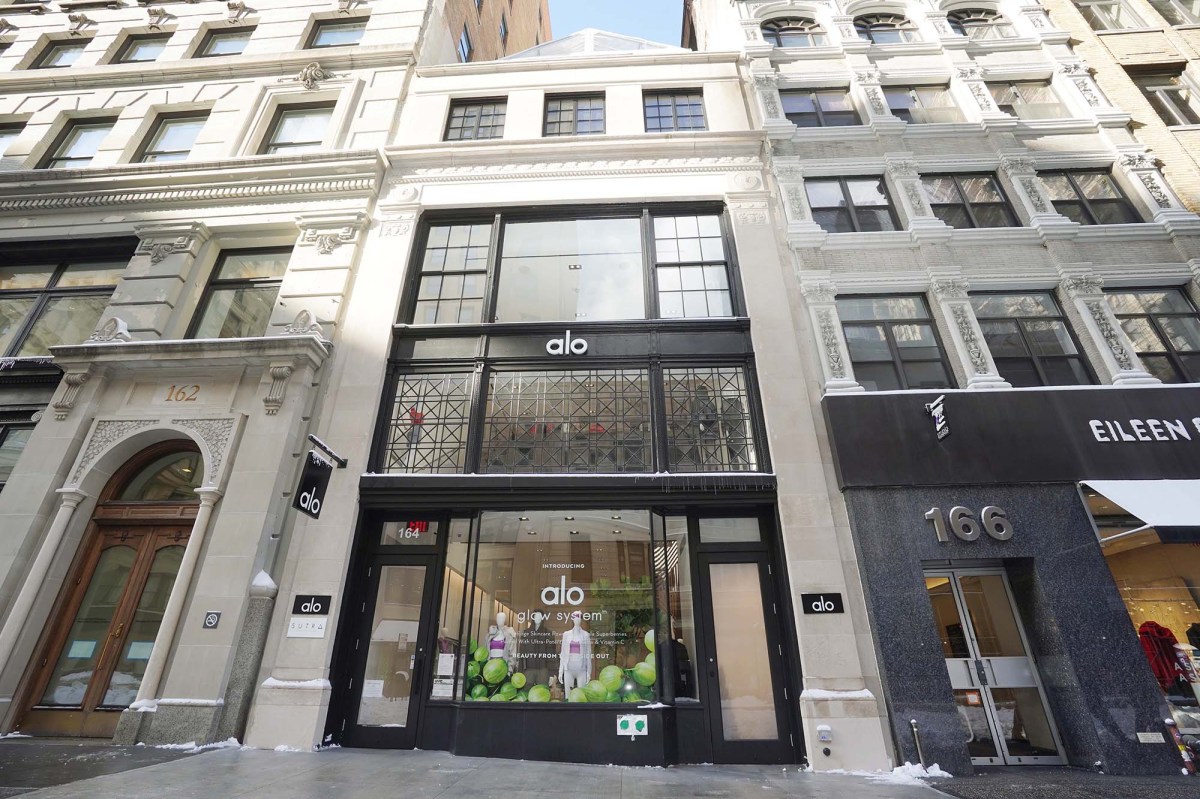 Alo Yoga, say “alo” to your new landlord — a mysterious Qatari sheikh whose charitable foundation has allegedly been flagged by his country’s Mideast rivals for suspected ties to terrorism.

Its 17,600 square feet are home to LA-based Alo Yoga’s New York flagship, which houses a yoga studio and a women’s athletic-wear shop filled with sexy photos of lithe young men and women in what the brand calls “mindful moments.” Famed chef Matthew Kenney’s new restaurant, Sutra, is coming soon to the top floor.

The sale was a modest shot in the arm for the snoozing investment-sale market — Sitt bought 164 Fifth in 2014 for just $23 million. Sources said the sheikh’s purchase was likely for investment purposes as Alo Yoga has 13 years left on its lease.

But the sheikh himself might be the story’s most interesting part. He signed the purchase papers in his own name — a rarity when most foreign buyers hide their identities behind limited-liability corporations.

The personal signature suggests a man with nothing to hide. And while little known outside the Middle East, the ultra-rich royal — a member of Qatar’s ruling al-Thani family — is caught up in a swirl of intrigue involving Qatar and four neighboring Persian Gulf states resentful of Qatar’s increasing wealth and influence.

Sheikh al-Thani is the founder and a director of Doha, Qatar-based real estate giant Ezdan Holding — technically a publicly traded operation but whose shares are 94 percent controlled by members of the al-Thani family. The octopus-like property empire reported third-quarter net profit of $57 million, down from $140 million in the same period in 2019.

It isn’t clear from public records whether the sheikh bought the building personally or through Ezdan; the title’s in the name of 164 Fifth Ave., Inc. at 599 Lexington Ave.

But while Ezdan’s Web site cites the sheikh’s roles in several medical, educational and humanitarian charities, it curiously omits the one for which he’s controversial. He’s also a founder of the Thani Bin Abdullah Bin Thani Al-Thani Humanitarian Fund, according to his profile on UNHCR, the UN’s refugee agency to which he has lavishly donated.

The foundation, also known as RAF from its Arabic initials, appeared on a 2017 list compiled by the United Arab Emirates, Saudi Arabia, Bahrain and Egypt of 59 Qatari individuals and organizations suspected of aiding terrorist groups in Turkey, Syria, Gaza, Iraq and inside their own borders, according to Arab News, an English-language newspaper published in Saudi Arabia.

The four countries ended diplomatic relations with Qatar in 2017 and have conducted a punishing trade boycott against it since then. The Saudis once even booted 12,000 Qatari camels that strayed onto their territory.

President Trump has suggested that Qatar has terrorist ties, but the claims have not been verified. The United States has a large air base in Qatar.

E-mails seeking comment sent to the sheikh through Ezdan’s Web site, and to the al-Thani humanitarian fund, were not returned.