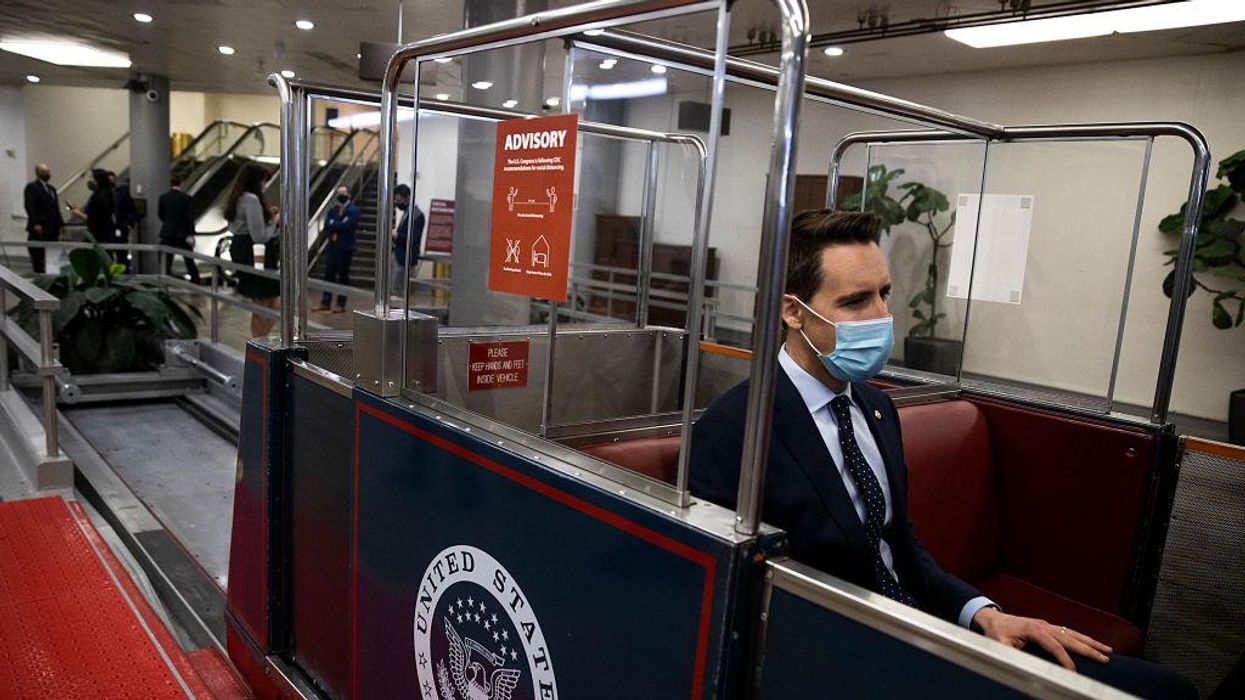 Sen. Josh Hawley (R-Mo.) on Wednesday became the first U.S. senator to declare his intention to object to the Electoral College certification on Jan. 6.

Hawley will object to the certification of the Electoral College votes from Pennsylvania and other states that he says failed to follow their own election laws. Hawley will also call for Congress to launch an investigation into allegations of voter fraud and other election irregularities made by President Donald Trump’s campaign.

“Following both the 2004 and 2016 elections, Democrats in Congress objected during the certification of electoral votes in order to raise concerns about election integrity. They were praised by Democratic leadership and the media when they did. And they were entitled to do so. But now those of us concerned about the integrity of this election are entitled to do the same,” Hawley said in a news statement.

I cannot cote to certify the electoral college results on January 6 without raising the fact that some states, particularly Pennsylvania, failed to follow their own state election laws. And I cannot vote to certify without pointing out the unprecedented effort of mega corporations, including Facebook and Twitter, to interfere in this election, in support of Joe Biden. At the very least, Congress should investigate allegations of voter fraud and adopt measures to secure the integrity of our elections. But Congress has so far failed to act.

For these reasons, I will follow the same practice Democrat members of Congress have in years past and object during the certification process on January 6 to raise these critical issues.

Sen @HawleyMO is the 1st GOP senator to officially say he’ll object to the electoral college certification on Jan 6: https://t.co/HyWFniBpgc

By officially announcing his intention to object to the certification of Electoral College votes, Hawley has all but assured that the process will be bogged down by debate in Congress and guaranteed that Republicans will face a tough vote on whether to accept the election results.

Several Republican members of the House of Representatives, led by Rep. Mo Brooks (R-Ala.), have already announced they will object when Congress moves to officially certify the Electoral College votes from several contested battleground states where the Trump campaign’s legal team and its allies have made allegations of election irregularities. When Hawley joins these representatives in objecting, they will trigger several hours of debate in a joint session of Congress in the House chamber.

At the end of the debate, the House and Senate will vote on whether to accept the results from Pennsylvania and other disputed states, forcing several GOP senators to choose between supporting President Trump’s unproved claims of voter fraud or respecting the certified election results of these states.