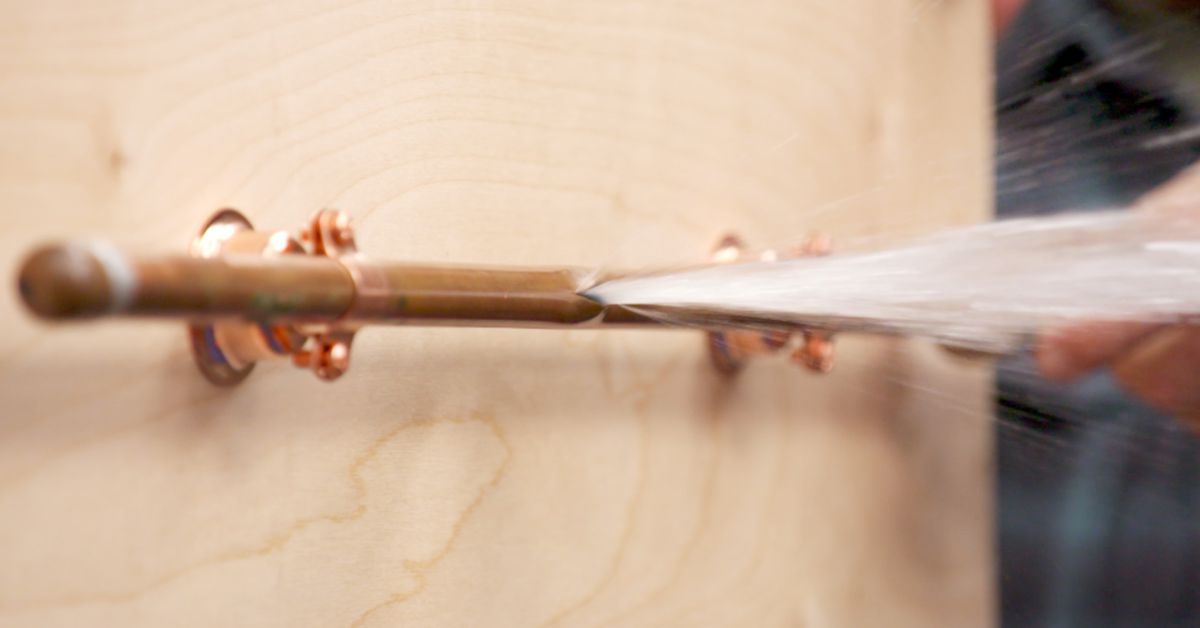 Richard demonstrated that pipes, when frozen, expand in volume, which exponentially increases the water pressure and forces the pipe to burst. In these circumstances, shut the water off at the main and immediately call a plumber.

To prevent the pipes from freezing in the first place, Richard recommended keeping cabinet doors open and insulating the pipes with pipe insulation. This can be found at The Home Depot.