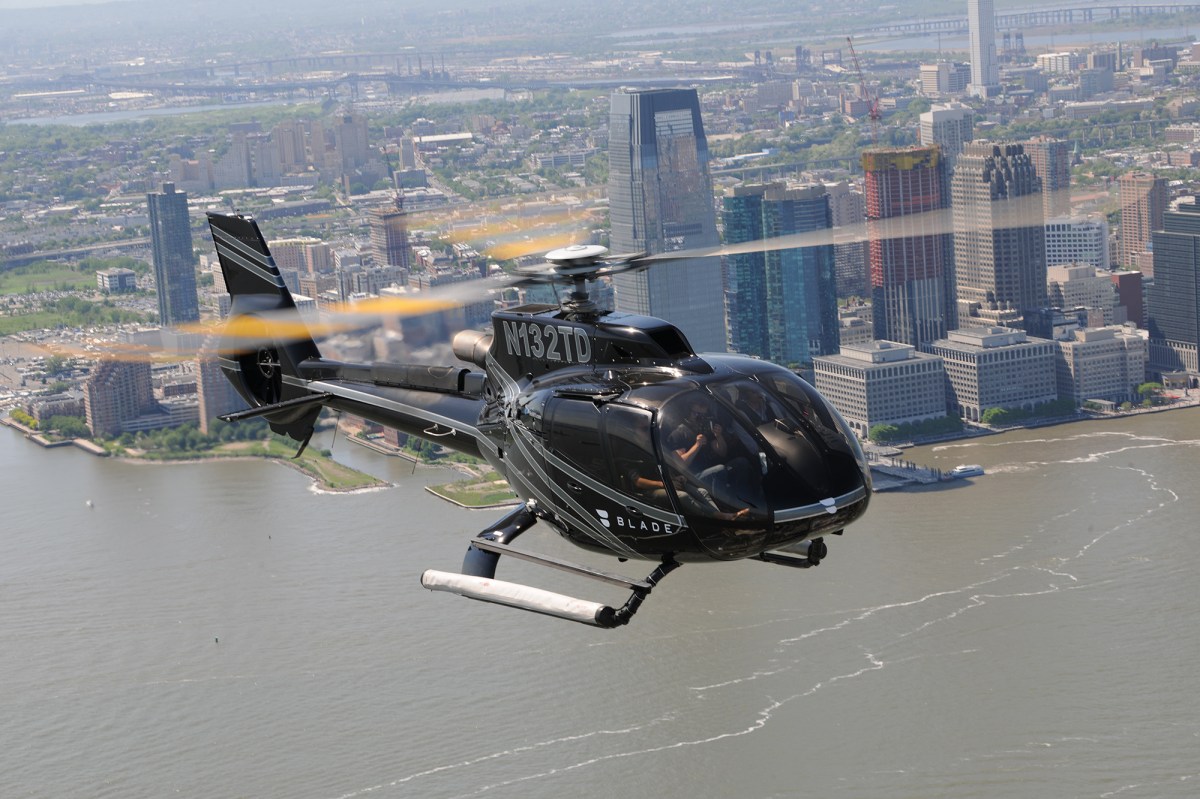 Blade — the Uber-like, short-distance aviation company known for its helicopter flights to the Hamptons — is set to go public by merging with a blank-check company.

The deal values Blade at $825 million, and is being backed by a slew of media big shots, including IAC chairman Barry Diller, movie and music mogul David Geffen, iHeartMedia boss Bob Pittman and Discovery chief executive David Zaslav, according to an SEC filing on Tuesday.

Rob Wiesenthal, a former Warner Music and Sony executive who founded Blade in 2014, said the initial public offering will allow his company to expand new urban air mobility routes and infrastructure, as well as accelerate its the transition from the use of conventional aircraft to electric vertical take-off and landing, or VTOL technology.

In layman’s terms, Blade is angling to develop electric helicopter technology, which, like electric cars, Chief Executive Wiesenthal says is the future of the industry.

“Ground mobility has been rapidly transformed by software and battery technology, as evidenced by the rapid adoption of electric vehicles,” Wiesenthal said. “The next battle is in the air.”

To go public, Blade will merge into a subsidiary of Experience Investment Corp., which is an affiliate of KSL Capital Partners, a buyout firm that also owns the airport services company Ross Aviation. The latter will partner with Blade on some routes, providing maintenance, and eventually electric charging stations.

The IPO gives Blade the muscle to get in the electric game via $400 million in gross proceeds, which is comprised of Experience Investment’s cash held in a trust and an upsized $125 million fully committed common stock private investment in public equity at $10 a share. This includes investments the aforementioned media moguls, as well as affiliates of Hedosophia, HG Vora Capital Management and KSL Capital Partners.

The transaction is expected to close in the first half of 2021, and will see the combined company trade on the Nasdaq under the ticker symbol “BLDE.”

Known to mainly to Manhattanites as a way to quickly get to the Hamptons or Nantucket, Blade also is looking to expand into new routes, including the Northeast Corridor and West Coast of the US and internationally in Asia.

Wiesenthal will lead the combined company as CEO, and sit on the board, along with other notable media types like Discovery’s Zaslav, Kenneth Lerer, managing partner of Lerer Hippeau and co-founder of Huffington Post; and Susan Lyne, the former president of Disney’s ABC Entertainment Group, who is now the co-founder and general partner of BBG Ventures.

The filing said that Experience Investment, which holds about $225 million cash in trust, will combine with Blade at an estimated $825 million pro forma equity value. Blade’s equity holders are expected to hold 43.2 percent of the issued and outstanding shares of common stock of the combined company when the deal closes.