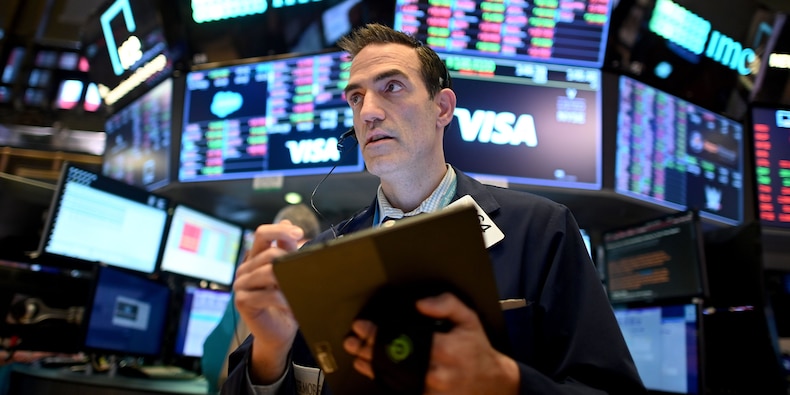 Global stocks were trading at record highs on Tuesday, thanks to optimism over the coronavirus vaccine rollout and the likelihood of another around of US stimulus.

Futures on the Dow Jones, S&P 500, and Nasdaq rose between 0.4% and 0.6%, pointing to a higher start later in the day, when US markets reopen after Monday’s public holiday.

The MSCI World Index, which includes a range of equities in 23 developed market countries, marked its longest winning streak since January 2018 and hit record highs.

“After Monday’s President’s Day holiday, the Dow Jones is back in the saddle this Tuesday – and it’s going record-chasing,” said Connor Campbell, a financial analyst at SpreadEx. “Now that Donald Trump’s second impeachment is dealt with, Congress can firmly focus on the stimulus package, which is potentially on track to be in place by mid-March.”

Speaker Nancy Pelosi hopes to get the stimulus legislation approved in Congress by the end of February, in time to offset the March 14th deadline when some unemployment benefits will expire.

Read More: GOLDMAN SACHS: These 40 heavily shorted stocks could be the next GameStop if retail traders target them – and the group has already nearly doubled over the past 3 months

The European Union is in talks with US pharmaceutical group Moderna to secure an additional 150 million vaccine doses, on top of the 160 million already booked. These could be delivered by June, according to Reuters.

“While the rally in Asia may be more measured from here on, we still see another 10% upside for Asia ex-Japan equities by the year-end,” said Mark Haefele, chief investment officer at UBS Global Wealth Management. UBS favors reasonably priced quality cyclical names, especially in the internet, memory, and media sectors and sees catch-up opportunities in select industrials, financials, materials, and energy.

A deep freeze in the US is raising concerns over disruption to oil supply. Texas, the largest crude-producing state in the country, is currently seeing its coldest temperatures in decades. A series of rolling blackouts took around 1 million barrels of oil production offline and closed refineries in the state.