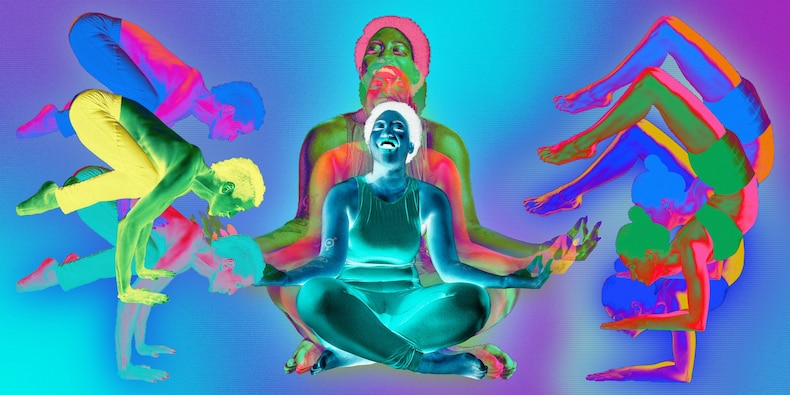 Gaiam is one America’s hottest yoga brands. It also has a very unusual history.

Gaiam has its roots in a company that is now a Netflix rival specializing in conspiracy theories, new-age mysticism, and yoga – streaming a wild array of video content to 700,000-odd members across the globe – called Gaia. Its library ranges from conspiracy theories about the 9/11 terror attacks to false claims about vaccines, along with alien taxonomies, alchemists’ secrets for transmuting gold, and the founder of JPMorgan’s clandestine plot to sink the Titanic.

Insider recently published an investigation into Gaia, exploring how the publicly traded video-streaming company grew out of a lifestyle brand that helped boost yoga in the US before leaning into fringe theories and deeply alternative beliefs.

Around 2009, Gaiam began developing a streaming service in-house – and it ultimately decided to spin off its yoga business of yoga bricks, mats, and the like.

The Gaiam brand and yoga-equipment unit were sold to Sequential Brands Group for $167 million in 2016. The video-streaming service, meanwhile, continued Rysavy’s direction and operated under a new name: Gaia.

Freed of the yoga business, Gaia leaned harder into its alternative beliefs, and rumours and conspiracy theories spread inside its workplace. Some panicked workers have speculated that the CEO is using supernatural means to invade their dreams, and that they’re being manipulated by crystal energies, sources told Insider. Amid the pandemic, its business is booming, and the company has finally started turning a profit as its userbase keeps on growing.

Meanwhile, Gaiam has continued to prosper. Its products are available in 38,000 stores today, according to its website. It’s everywhere from Target to Amazon, and is recommended by The New York Times’ prestigious review site Wirecutter. It’s patronized by legions of yoga-loving Americans – who are likely entirely unaware of the link between their yoga mat and forbidden extraterrestrial secrets.