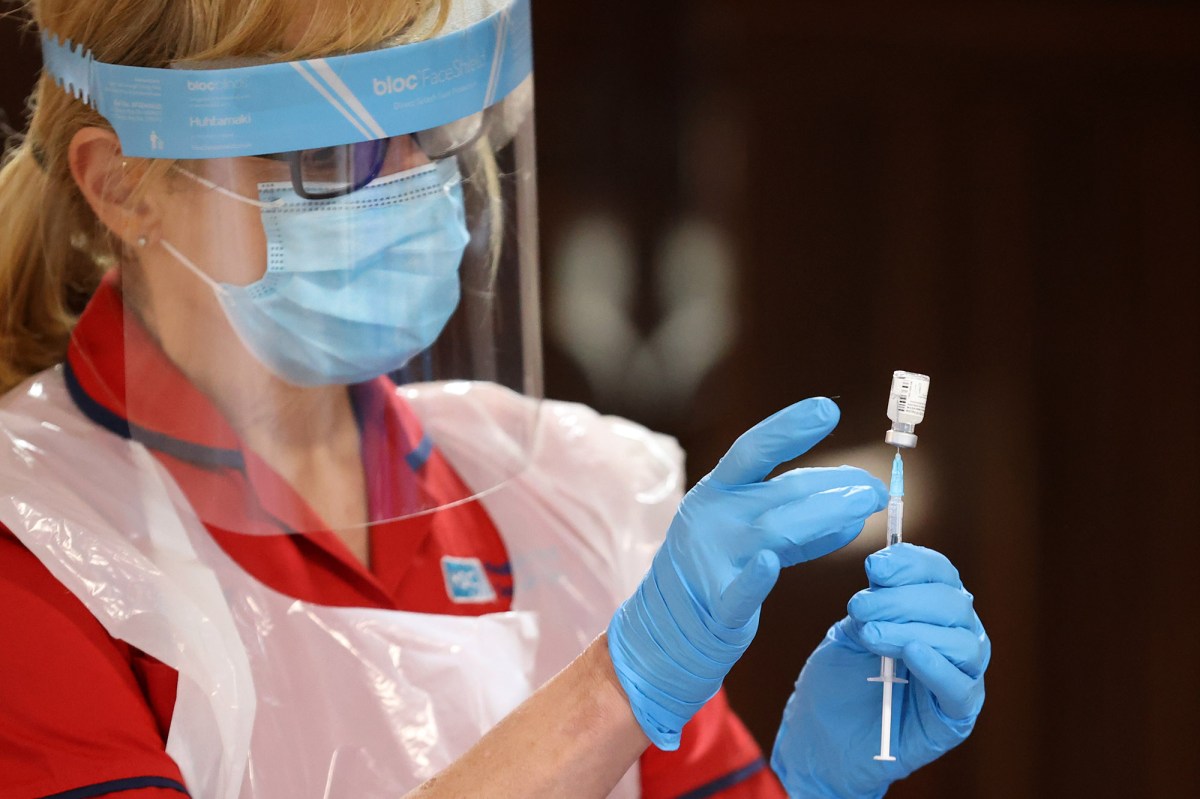 The feds will likely scrutinize recent allergic reactions to Pfizer’s coronavirus vaccine before clearing it for emergency use, the government’s top vaccine adviser said.

Two people who received the groundbreaking COVID-19 shot in the UK suffered severe allergic reactions to it, leading British health officials to warn that individuals with “significant” allergic reactions may not be able to get vaccinated.

Those reactions will likely be discussed during a Thursday meeting of the Food and Drug Administration’s vaccine advisory committee, which will decide whether to recommend the shot for an emergency use authorization, according to Moncef Slaoui, chief adviser to the Trump administration’s Operation Warp Speed initiative.

“My expectation is that this is new news, and I would assume — but of course the FDA will make those decisions — that tomorrow this will be part of the consideration,” Slaoui said at a Wednesday press briefing.

“As in the UK, the expectation would be that subjects with known severe reaction, allergic reactions, should not take the vaccine until we understand exactly what happened here,” Slaoui added.

People with histories of severe allergic reactions were excluded from Pfizer’s large-scale clinical trial of the vaccine, which is typical for such studies, Slaoui said.

Pfizer and its German partner, BioNTech, have said the shot posed no major safety concerns in the trial involving about 44,000 people. FDA staff affirmed those findings this week, noting that recipients did report side effects such as headaches, fatigue and pain at the injection site.

The FDA could formally approve Pfizer’s vaccine for emergency use within days of the vaccine panel’s meeting, which is slated to run from 9 a.m. to 6 p.m. Thursday.

The concerns about allergies shouldn’t prevent the shot from being approved and administered by the end of the year, according to CNBC.

June Raine, the head of the UK’s drug regulatory agency, said “the benefits in protecting people against COVID-19 outweigh the risks” posed by the rare allergic reactions.

The FDA “may indeed try to exclude certain people for a period of time, or make the recommendation that every vaccination site have equipment in place so that they can deal efficiently with allergic reactions,” Dr. William Schaffner, an infectious diseases professor at Vanderbilt University Medical Center, told CNBC.

The FDA did not immediately respond to a request for comment early Thursday. Pfizer shares were up about 0.4 percent in premarket trading at $42 as of 7:06 a.m.