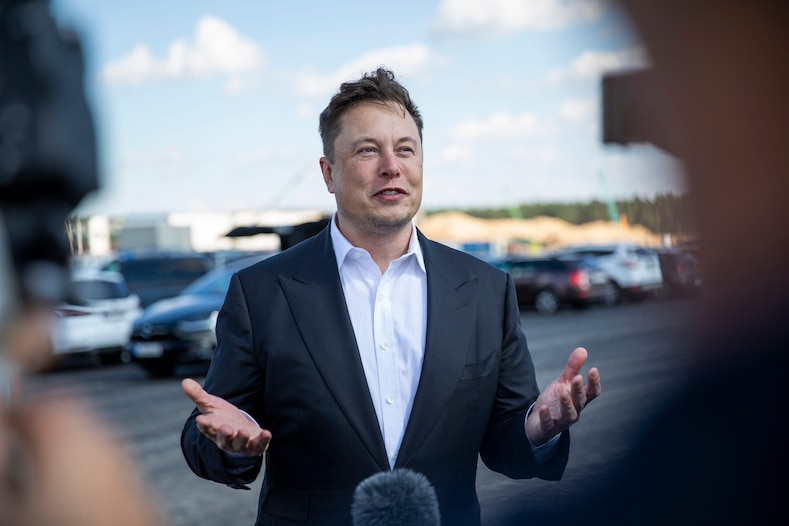 It’s no secret that Tesla CEO Elon Musk is over California.

Last summer, Musk chose Austin, Texas, as the spot for a $1 billion factory that will build the Cybertruck, the carmaker’s long-awaited electric pickup. And in December, he confirmed rumors that he’s picking up and moving from Los Angeles to the Lone Star State.

During an interview “The Joe Rogan Experience” podcast that dropped Thursday, Musk said he thinks Austin has huge potential beyond just hosting him and his new factory.

“It’s going to be the biggest boomtown that America has seen in 50 years, at least,” Musk said. “Mega boom.”

The CEO said Tesla chose Austin as the spot for Tesla’s next US plant because “Austin is a bit like mini California.” According to Musk, he asked Tesla’s team in California what their top choice would be for a new factory – where they would like to spend time – and the “number one choice was Austin.”

Read more: Elon Musk and other tech powerhouses are flocking to Texas, pushing an already bonkers real-estate market to new heights. Take a look inside Austin, which is quickly becoming the next Silicon Valley.

Musk announced his move to Texas following public spats in 2020 with California’s public health officials over COVID-19 restrictions that temporarily shuttered Tesla’s Fremont, California plant. “Tesla will now move its HQ and future programs to Texas/Nevada immediately,” he tweeted last May during a disagreement with local officials.

During a call with investors in April, Musk went on a tirade criticizing California’s shelter-in-place measures as “fascist,” and saying that officials are “forcibly imprisoning” people in their homes.

Looser government regulations there – along with no state income tax – appear to be a clear incentive for Musk’s move to Texas. But the billionaire said the wave of West Coasters moving to Austin should take care not to change the city too much.

“I think we do need to make sure that … people who move here from California don’t inadvertently recreate the issues that caused them to move in the first place,” Musk said during Thursday’s interview.

An increasing number of business leaders and companies have moved out of traditional hubs like Silicon Valley to Texas, as the pandemic has forced many people to work remotely.

Late last year, software giant Oracle said it would move its headquarters from California to Austin. Dropbox CEO Drew Houston reportedly is moving to the city as well, and Palantir cofounder Joe Lonsdale said he would move his venture capital firm, 8VC, there too.