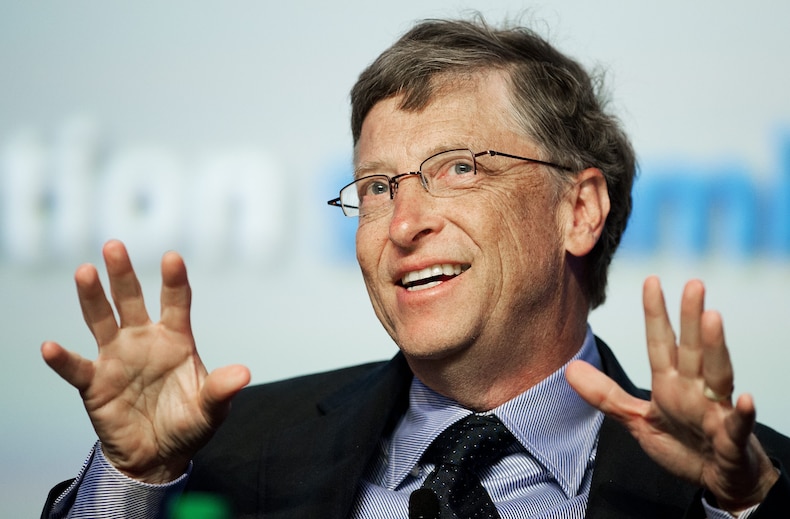 The Microsoft cofounder said he won’t be buying a ticket to space.

Tech tycoons Elon Musk and Jeff Bezos have dumped billions into private space travel – with lofty goals to establish bustling colonies outside of Earth’s atmosphere – but Bill Gates is more concerned with problems closer to home.

The Microsoft cofounder explained why he hasn’t gotten involved in Bezos and Musk’s space race during an appearance on Kara Swisher’s “Sway” podcast Monday.

“No, I’m not a Mars person. I know a lot of Mars people,” he said. “I don’t think rockets are the solution. But maybe I’m missing something there.”

Gates, who appeared on the podcast to promote his new book, “How to Avoid a Climate Disaster,” said he’s interested in using his wealth and foundations to directly address some of humanity’s greatest challenges. He told Swisher he’s not too keen on buying a ticket to space either.

“I’m not going to pay a lot of money because my foundation can buy measles vaccines and save a life for $1,000,” Gates said. “Anything I do, I always think, ‘OK, I could spend that $1,000 buying measles vaccine.'”

When it comes to addressing climate change and curbing emissions in the long-term, Gates said, people should pay more attention to industries that are difficult to make greener, like steel, meat, and cement. But firms like Tesla have made great strides on “the easy stuff, like passenger cars,” he acknowledged.

“It’s important to say that what Elon did with Tesla is one of the greatest contributions to climate change anyone’s ever made,” Gates said. “Underestimating Elon is not a good idea.”

Musk’s interplanetary ambitions center around using rockets built by SpaceX, the space exploration company he founded in 2002, to transport 1 million people to Mars by 2050. Musk has said he aims to establish a self-sustaining city on the Red Planet so humanity can survive a future apocalypse on Earth.

Amazon’s founder and outgoing CEO, meanwhile, wants his firm, Blue Origin, to facilitate a base on the moon along with space colonies that could house up to 1 trillion people. Both SpaceX and Blue Origin are working to develop reusable rockets that would drastically cut the cost of a trip to space.