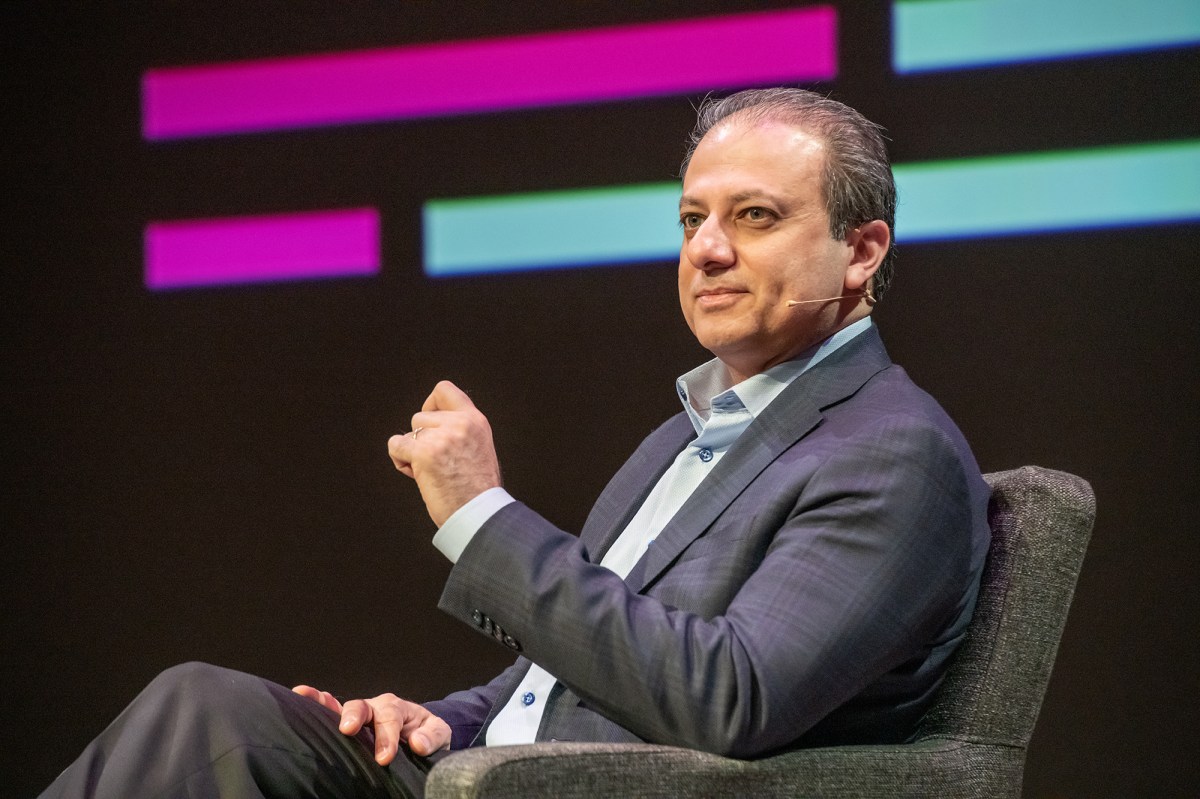 Preet Bharara and his tech entrepreneur brother have been slapped with an explosive lawsuit that accuses them of stiffing a podcast producer out of more than $2 million.

Wall Street’s former top cop — who has been running a media outfit with his brother Vinit “Vinnie” Bharara called Cafe Studios since President Trump fired him in 2017 — has landed in a legal spat with the producers of the podcast series “Words Matter,” court papers show.

Producers of the series — hosted by President Clinton’s former press secretary Joe Lockhart and Katie Barlow, a Beltway attorney — claim they racked up $115,720 in production costs as they churned out eight episodes from July to September that were then streamed on Cafe’s site, according to the suit.

On Aug. 3, Preet Bharara — who has a podcast of his own on Cafe Studios called “Stay Tuned with Preet” — gave the new series a plug on Twitter, saying, “We are excited to welcome @WMM_Podcast to the @cafedotcom family!”

Nevertheless, on top of refusing to foot WMM’s bill for producing the shows as agreed in a written contract, the Bharara brothers have refused to fork over at least $1.75 million in past and future advertising revenues as agreed, as well as at least $250,000 in cash payments from premium subscribers that’s owed, the suit claims.

“Despite its failure to pay any of the production costs and expenses … Cafe Studios collected revenue and fees from listeners to the Words Matter Podcast and has continued to do so long after it indicated its refusal to participate in the production of any more episodes,” according to the suit filed Tuesday in New York state court.

The suit comes amid reports that Biden is considering Preet Bharara to be the SEC’s new chairman. Bharara didn’t respond to an e-mail seeking comment. An attorney for Cafe Studios declined to comment.

Vinit Bharara — best known for co-founding Diapers.com and selling its parent company Quidsi to Amazon in 2010 for more than $500 million — went on to found the social-media firm Some Spider in 2014. The latter produces podcasts including Scary Mommy, Fatherly and The Dad.

The Bharara brothers are squaring off against Words Matter Media Chief Executive Adam Levine, who is the former head of public affairs for TPG Capital, the giant buyout firm run by billionaire David Bonderman.

In April 2015, Levine filed a wrongful termination lawsuit against TPG, accusing the firm of misappropriating fees and expenses. In that lawsuit, Levine named then-TPG executive Bill McGlashan as one of the partners perpetrating the fraud.

In June 2015, TPG paid Levine a seven-figure settlement for his equity interests at the firm, according to sources briefed on the situation. TPG in a 2017 settlement with the SEC agreed to pay $12.8 million for misappropriation of fees. In March 2018, the feds charged McGlashan with wire fraud, among other crimes for his role in the college-admissions scandal. McGlashan has pleaded not guilty to the charges.