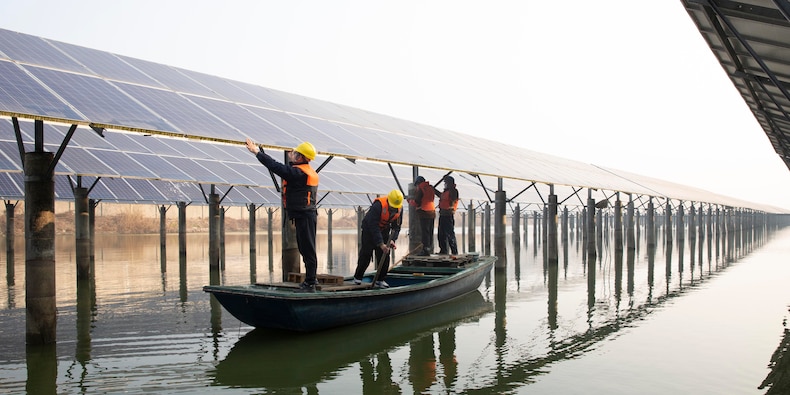 Green energy stocks are soaring, as investors get bullish on the global push into renewable sources of power and the shift away from more polluting fossil fuels and Europe is very much at the forefront of this revolution.

Of course, gains are to be expected as “green investing” becomes increasingly mainstream. But, one of the core drivers of this success has been the cash inflows from exchange-traded funds, according to research by Bank of America.

The bank identified 123 clean energy/ESG ETFs globally that hold around €2.9bn-worth of shares in its European utilities and renewables coverage universe. With the S&P Clean Energy Index set to include 5 new stocks, BofA are bullish on five non-pure-play companies that could be candidates for inclusion, giving them access to ETF cash, which in turn might lead to large gains in their share prices.

“Surges in ETF flows have repeatedly coincided with material share price moves, especially around index entries and rebalances,” the bank said in a note published Wednesday.

Clean-energy ETFs have been the stand-out performers of the last 12 months, boasting triple-digit percentage gains, compared with double-digit losses in traditional oil and gas ETFs. 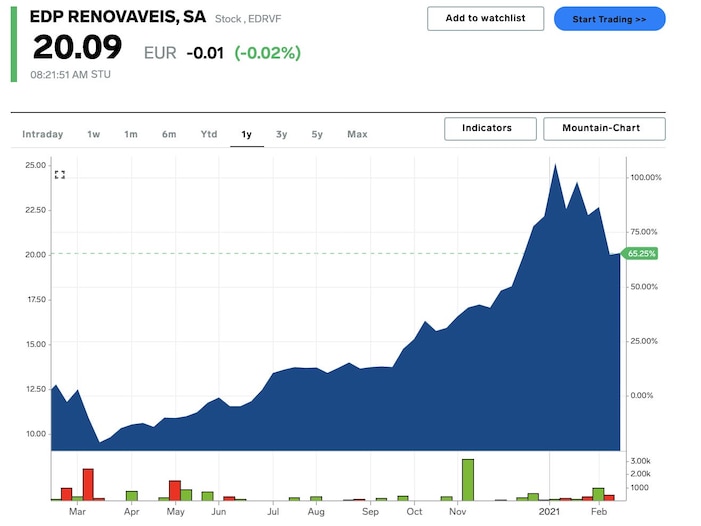 The two largest ETFs are the US and European-listed versions of iShares Global Clean Energy funds: ICLN and INRG. Between them, the funds account for €1.6bn of shares held, more than the entire rest of the top 20, the note said.

The data shows that ETFs now own nearly 20% of Spanish renewable company Solaria’s free float, and more than 10% of EDPR and that of German electricity provider Verbund. ETFs have also historically accounted for as much as 60% of daily trading volumes for some stocks during periods in the last 6 months. 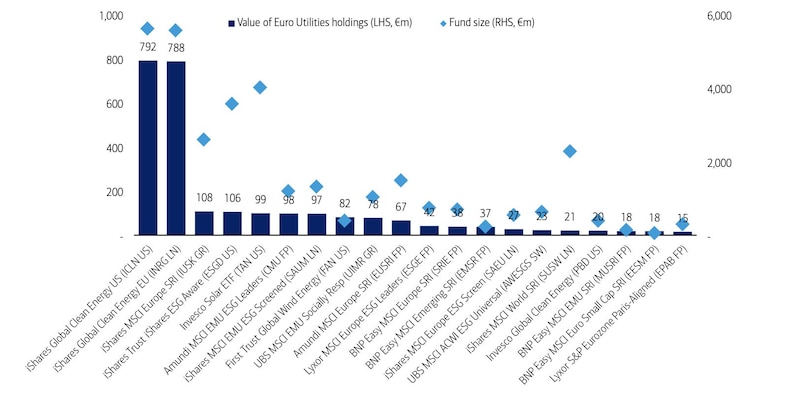 Using these four stocks as case studies, BofA showed inclusion into ETF’s boosted a company’s share price. For example, Danish wind power firm Orsted saw a short-term boost to its share price before its inclusion in October and again alongside  the spike in ETF volumes in January 2021.

The Global Clean Energy Index, which many of these ETFs use, has announced it will add five constituents, for a total of 35. BofA have no visibility on index size beyond the current proposal, “it stands to reason given the growing importance of renewables as an industry, that clean energy ETFs would generally be expected to expand in size over time,” the bank said.

With only a select number of pure-play energy companies, BofA expect some non-pure-plays to be added to indices and associated ETFs, and possibly creating renewables “enablers”  like electricity grid company Terna. With more flows, this could create potentially higher share prices for these five stocks in particular: