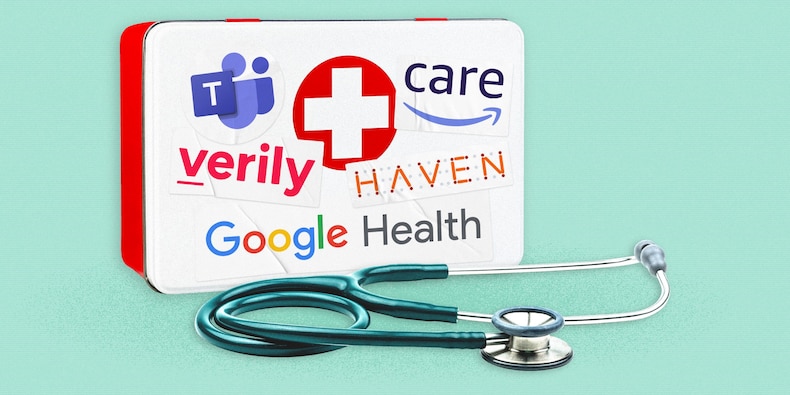 Big tech is disrupting the healthcare industry. That’s at least, the expectation.

As industry outsiders, companies like Alphabet, Amazon, and Microsoft have the potential to help fix a healthcare system that is messy, wasteful, and wildly expensive in a way that insiders can’t. Whether it’s funding startups, building wearables, or powering research on the cloud, they’re trying to shake up the $3.8 trillion industry. The pandemic has only helped them make inroads.

“Not only have they had a big impact, but they have a naturally increasing impact,” Chris Stenzel, vice president of business development for Kaiser Permanente, told Insider.

But big tech companies often struggle to find success when they try to launch new health businesses. Amazon, JPMorgan, and Berkshire Hathaway chose to shut down their joint healthcare company Haven after just three years. They hoped it would improve care and lower cost, but the team struggled to carve out meaningful lines of business. Google and Microsoft tried to reimagine personal health records and similarly shuttered those projects, in 2012 and 2019, respectively, due to low uptake.

These efforts are often up against challenges beyond their immediate control. But Insider talked more than a dozen tech employees, healthcare executives, analysts, and investors to reveal internal problems, too: The way in which big tech companies are funding and handling their current bets can make it difficult for them to take off.

The ventures have to maintain the corporate team’s goodwill, for starters. Then they’re up against the clock to prove they can generate revenue. That’s no small feat when the core businesses at all of these companies – shipping, search, and tech tools – take priority over side efforts in healthcare.

How healthcare bets at tech companies get their legs

Often, support for a healthcare venture within a tech company rests on the interests of CEOs or other top leaders that don’t fully appreciate the difficulties of the industry, according to …

“The classic big tech arrangement for healthcare is I, important leader at health tech company X, understand that healthcare needs improvement in the United States and the world,” Jonathan Slotkin, the chief medical officer of Contigo, a healthcare startup that works with employers, told Insider. “And it’s a passion project for me.”

There’s something missing out of the gate in this situation, Slotkin said: making sure whatever the healthcare team will do lines up with the money-making parts of the business. That means the healthcare team can struggle to coordinate resources on a timeline that its corporate backers are satisfied with.

For companies already inside the industry, there’s more motivation to get products off the ground, he said.

“This is why some of the most successful efforts tend to be the ones that were healthcare-first companies,” Slotkin said. “Because the product is born wrapped around the direction.”

Healthcare teams are racing against the clock

Even health units with enough leeway or funding to make their own decisions can find themselves competing against the clock as the patience of tech executives runs thin.

Haven got $100 million from its founding companies, but only three years to do something big. Crucially, it didn’t start with a singular mission or area of the industry it wanted to focus on. But changes in a traditional healthcare company’s strategic direction can take the better part of a decade.

That money should’ve been put strictly to research and development and almost thought of as a commitment to the public good, Tom Cassels, the president of Rock Health, a digital health advisory and investment firm, told Insider.

Instead, the line between research and development, a new product launch, or a new service is often blurred when big tech companies enter healthcare, he said.

“The cloudiness isn’t driven by a lack of commitment,” Cassels said. “It’s driven by an overabundance of commitment to solving a big problem before you have a tested solution.”

Verily, an Alphabet spinoff meant to improve healthcare with technology, sits among a stable of businesses outside of Google that are focused on longer-term ideas. Breaking out these individual businesses has allowed Alphabet to keep its core advertising machine at arms length from longer-term, often expensive new projects, although their collective profits and losses are reported on the same balance sheet each quarter.

Verily gets money from Alphabet as well as outside financial backers, including Silver Lake and Temasek. But there’s a cap on how much negative impact it can have on Alphabet’s balance sheet, and general pressure to cut costs, one former employee, who was not authorized to speak to the press, said. That can be a strength – if it brings in more revenue, it can burn more cash, creating incentives to build a market that works.

A Verily spokesperson declined to comment on the company’s financial goals.

But it also means that, unlike Google Health, Verily has to meet more aggressive financial goals. Alphabet wants it to drive value in the market at the same time its cash-burning, longterm bets are under scrutiny from investors, two employees, one current and one former, who were not permitted to speak to the press, said.

As such, the upstart is chasing its tail to find recurring revenue sources, from health insurance to clinical trials.

“You need a lot of time in healthcare to build the relationships,” the former employee said. “It’s hard to do that when you’re part of a Wall Street quarterly cycle.”

A Verily spokesperson said that the business’s independent status from Alphabet means that its efforts are not obstructed by quarterly pressures. Beyond its projects with partners like pharmaceutical giant GlaxoSmithKline and diabetes device maker Dexcom, two programs – Onduo, a platform for chronic disease management, and Baseline, its platform for clinical research – have established a base of customers and partners.

Amazon Care is facing a tight timeline to scale, too. At first it was moving slowly. Employee pilots that began in 2019 only recently expanded to all of Washington State. Now the pressure is on to expand nationally this year, two people previously told Insider. That change of pace largely began with the coronavirus pandemic, which propelled virtual care to the forefront.

Amazon Care has not confirmed its plans to Insider.

“The challenge for Care within Amazon is time to scale,” a person familiar with the matter told Insider. “Decisions on investment from corporate are driven weighted to one measure. How quickly can a new business scale to $100 million in annual revenue?” 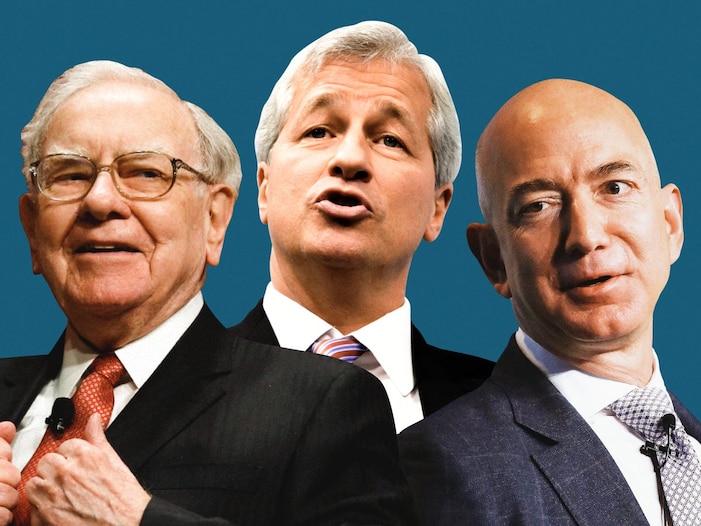 Health units inside tech companies can get messy

Because tech companies are organized around tech products, healthcare bets can emerge throughout the company, overlap over similar projects, and even compete for resources. That makes company-wide coordination difficult.

At Microsoft, the cloud division, communication platform Teams, and research & development group can be competitive with each other when it comes to healthcare business, two tech chiefs of health systems, who were not authorized to discuss Microsoft, told Insider.

“You can meet with multiple teams from Microsoft that don’t understand or know that you met with the other team three weeks ago,” one of the tech chiefs said. “And bring you different offerings that may or may not relate to the offering you’ve recently heard about.”

Microsoft declined to comment on how its teams work together.

Haven employees were frustrated when Amazon Care, which does in-person and virtual doctors’ visits, launched pilots, because they were similar to Haven’s own work at the time, as The Information’s Paris Martineau reported.

Amazon said that it worked in lockstep with Haven on a number of pilots, including one in copay plan design that it launched in four states last year. 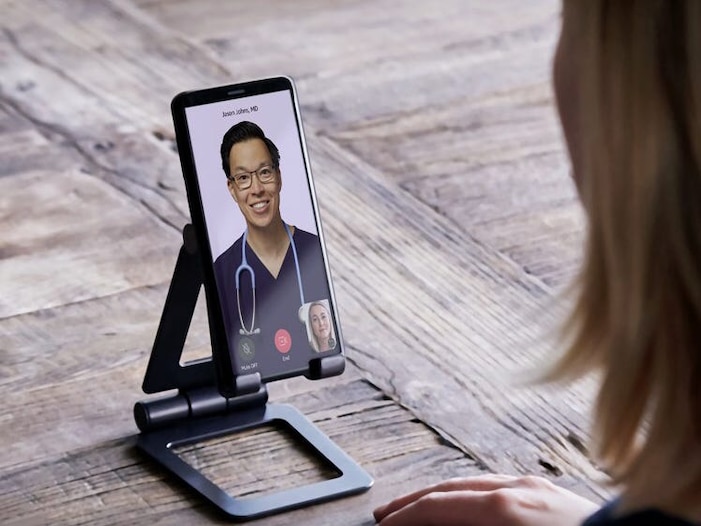 Verily has been known to butt heads with Google Health, the company’s internal healthcare wing, and work with external partners like Microsoft Azure instead of Google Cloud. Google Health and Google Cloud work on similar projects, too, which can deepen them, but has also led to clashes over deals with health systems and confused clients.

In 2019, the two divisions were trying to land a deal with CVS, Insider reported. Cloud believed it was important to sell Health as part of the package, while the Health team wanted to form its own agreement, a former Google employee with direct knowledge of the matter said.

“Health didn’t want Cloud to bring them in, but Cloud wanted to,” the person said. “The client doesn’t understand this, and they’re always confused.”

Google Cloud had no immediate comment about the CVS deal.

Coordinating between different business units is possible, as some healthcare incumbents have found. When a company like UnitedHealth Group, a $312.1 billion health plan and care provider, goes after something new, that venture can get the full backing of the organization, including the insurance wing UnitedHealthcare, the doctors’ group Optum Care, and the parent company. 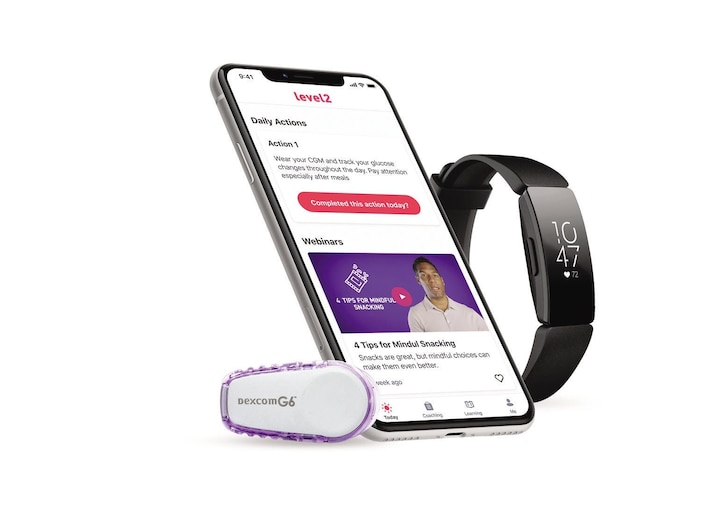 For example, it made Level2, a diabetes care business, with data from health plans and research from its 1,000-person research and development arm. Optum doctors, meanwhile, staff the business. UnitedHealth’s been working on the project, which now covers more than 230,000 people in 28 states, for at least five years.

“I don’t have to sell a new widget or a fancy tool, if you will,” Dr. Deneen Vojta, head of UnitedHealth’s research and development, told Insider. “I have the responsibility to leverage our data and experts etcetera to understand the best care possible and then figure out how to deliver that care.”

Health ventures also run the risk of endangering the products that fuel the big tech players in the first place.

Google Health’s work with health systems, for instance, has raised concerns about privacy and led to further scrutiny from lawmakers for a company that’s already facing antitrust lawsuits about its core business. The group recently lost three top executives, and employees have previously told Insider that there’s a lack of strategic direction internally. 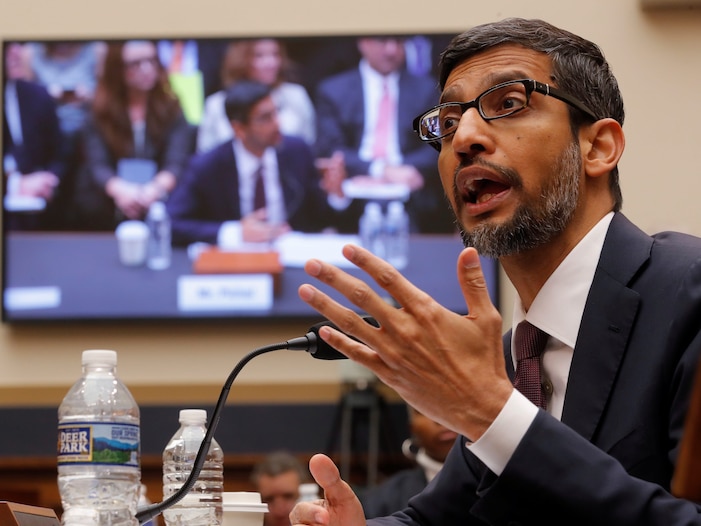 In recent months, the Health team has made health-related features for Google Fit, Google Maps, Google Search, and YouTube. When Haven first disbanded, some inside Google Health saw it as affirmation of this approach to connect the healthcare work with what Google already does, a person familiar with the matter, who was not authorized to speak on the record, told Insider.

Google Health had no comment on the Haven reaction or internal plans.

This strategy – health teams working alongside the revenue drivers – is becoming common in the big tech arena.

Apple has made sensors, fitness programs, and a personal health record service that all work through its phones. Apple declined to share data on user engagement with these features, but suffice to say that they’re a way to sell hardware, including to researchers and health plans.

Microsoft is making its gadgets and platforms stickier by adding health features, too. In July alone, doctors and other people in healthcare conducted 46 million meetings with Teams, CEO Satya Nadella said during an earnings call.

Many of tech services in healthcare sit on top of their growing cloud offerings as providers boost their IT.

And Amazon’s health arms like Amazon Pharmacy are a bet that it can lead to more transactions on Amazon.com. While healthcare might not be critical to its earnings yet, it could serve as an important way to get more people onto its Amazon Prime service.

“As long as Amazon is improving their offering they’re happy to not make money elsewhere as long as it feeds into Amazon Prime,” Josh Mark, a director at Apos Health and former healthcare analyst at CB Insights, told Insider.