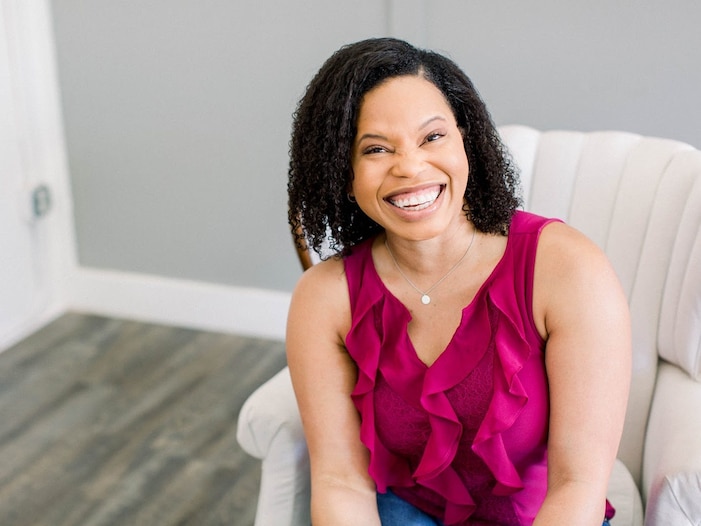 If you’re sitting at your desk at a perfectly respectable job with a perfectly nice boss but are still daydreaming of striking out on your own, Tasha Booth understands.

Just three years ago she was a burnt out former theater performer with a pleasant job as an administrator for her local YMCA. But when she looked ahead she saw nowhere to go, no higher rung (or higher paycheck) she could plausibly reach for. She decided to start a hobby blog which grew into a side hustle as a virtual assistant for other online content creators.

Today Booth heads up a virtual assistant agency and coaching business that took in just over seven figures in revenue last year. How did she go from newbie solopreneur to CEO in just three years? She explained her journey to Insider and the steps she’d recommend others (especially women of color like herself) take to follow her path from side hustle to serious business.

1. Accept you’re clueless but be consistent

Booth didn’t start out with a multi-year master plan. Her goal at the beginning was simply to put in extra hours in the evenings and on weekends to pay off some credit card bills and other debt. She’s since discovered this level of initial cluelessness is completely common.

“I don’t know anybody that I’ve worked with or even that I’m friends with or talked to that, when they first started their business as a solopreneur, saw the trajectory of where they could go immediately,” she said.

But while it’s fine to be unsure about your destination when you start, it’s still necessary to keep putting one foot in front of the other every day. “I look back at the people who started their businesses around the same time and of those there’s only me and a handful of other people’ [still going],” Booth said.

It wasn’t any unique skill or talent that set Booth apart. It was her willingness to keep showing up, even when she didn’t feel like it (and there will be many days you don’t feel like it).

Powering yourself to keep going when the future of your business is wildly uncertain is hard, which is why Booth recommends newbie side hustlers think through their motivation for setting out on their own – their “why” – and return to that whenever they feel their motivation flagging.

In the beginning, for Booth, her “why” was simply “the freedom to go on vacations with my husband and decide when I wanted to take a long, long lunch break on a random Wednesday.” These days, she’s more focused on giving back to social justice causes and empowering women who start life with few advantages or who have often been hard hit by Covid-related disruptions.

Whatever your “why,” if it gives you the strength to keep plugging away at your side hustle that side hustle will grow. Eventually, though, you will hit a series of inflection points. Booth did, and so do almost all of her coaching clients.

The first comes when you realize you can no longer just do your work and ignore your business.

“The biggest thing that I had to learn was treating it as a business, really looking at the metrics of it, looking at what my services were going to be,” Booth said. Answering this sort of strategic question about your business means taking time away from providing whatever services you offer. That can be nerve-racking. You may worry that the work won’t keep coming in or that saying no to one opportunity could mean saying no to a client forever.

But if you want to go from solopreneur to CEO, you have to learn to trade off a little revenue now for a lot more later. Booth suggests a mental exercise to help you get over your anxieties.

“I like to remind the clients that when we say yes to something, we’re also deciding to say no to something else. So if you’re saying yes to your clients’ needs and never prioritizing your own, you are actually saying no to yourself,” she said. “You’re saying, ‘I’m not important enough to make myself a priority.’ And when we say it that way, it feels awful.”

Instead of constantly running after clients, Booth suggests you book non-negotiable “CEO time” into your calendar each week (she doesn’t take external calls on Mondays or Fridays for this reason) to think through how you want your business to grow and how you can get there.

3. How to move from solopreneur to CEO

Once you’ve taken that time and decided on a strategy, get ready because you’re likely to hit another inflection point before too long – the one where you run out of hours to sell.

Solopreneurs begin by selling a product or service they themselves are providing. Whatever it is – hours, cupcakes, website designs, YouTube videos – if you are on a positive trajectory, at some point you will sell all those you are logistically capable of producing yourself.

What do you do then? This is the real make or break point that transforms solopreneurs into CEOs. It happened to Booth when she decided to move from being a solopreneur to an agency model business. And it happens to most of the solopreneurs she knows and works with.

“Everybody, if they’re great at what they’re doing, is going to get to the point of where they’re capped in their time and have a pivot point of deciding what that next level is going to look like. It’s totally common to kind of have those stuck points in your business journey,” she explains.

The easiest way to get over the hump and into the next phase of growth is to lean on other, more experienced entrepreneurs, be they professional coaches or peer business owners. “I’m a huge proponent of coaching. I’ve had a coach for myself since month three of my business,” Booth said.

And yes, you do have the money for coaching, just like you do have the time to escape your to-do list and think long-term about the business. You just have to make it a priority. “There’s coaching out there for all income levels, all needs,” Booth insists. Group coaching can be a more affordable option for those starting out.

And now she employees 25, lifts up her community, and still can take long lunch breaks on the Wednesdays of her choice. The story of how she reaches that point is a blueprint to guide other solopreneurs, though following it may not always be easy. First, get started – no one knows anything when they’re starting out and neither will you.

But even if you’re clueless, be consistent. Keep your ‘why’ in mind and show up every day so you get great at whatever you’re selling. That’s enough to become a successful solopreneur.

If you want to take it to the next level, however, follow Booth’s example and take the time to think big picture about your business so you can make strategic decisions and not just check your to-do list. If you have a vision, you’ll know what support you need to make it a reality, and that’s the difference between having a side hustle and being a CEO.