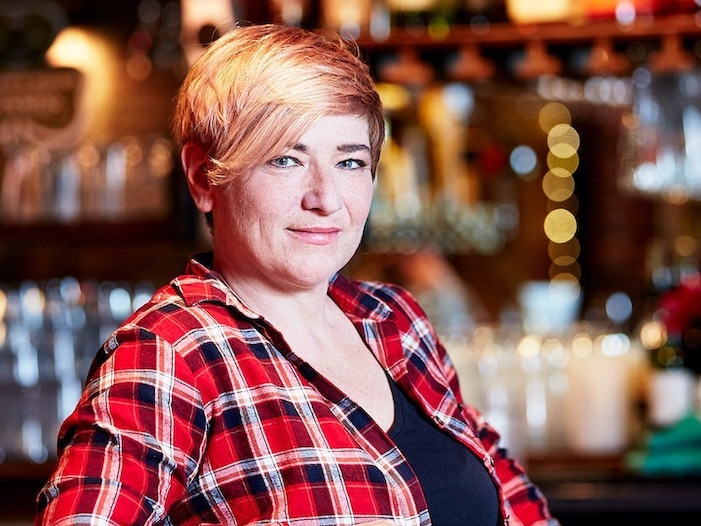 Kari Kuelzer spent the preceding months hunting for affordable and fast Covid-19 tests for her staff with no luck, and grew frustrated by the lack of help or information from her local government.

When seven of Kari Kuelzer’s restaurant staff tested positive for COVID-19 in November, forcing her to temporarily close the business, she put her face into her hands and cried.

Her efforts to find affordable and fast COVID-19 tests since August weren’t fruitful, and she grew frustrated by the lack of help or information from her local Cambridge, Massachusetts, government.

“I felt like it should be doable, given that we are sitting here in the middle of the biotech capital of the world,” said Kuelzer, owner of Grendel’s Den Restaurant and Bar. “Like many business owners, I really took it upon myself.”

That’s a lesson she learned from her parents, who handed over Grendel’s Den to her seventeen years ago after running it since the early 1970s.

“You don’t run a business for 50 years if you don’t look at the long view,” Kuelzer said. “Instead of trying to reinvent yourself at every crisis, you have to double down on your brand and your product.”

For Kuelzer, that means making sure her staff and customers stayed healthy.

In January, Kuelzer found a solution when she reconnected with someone who worked at Cambridge-based tech company CIC Health, which offered Kuelzer nose swabs she could self-administer, deliver to the lab, and receive results in about 24 hours.

Though she’s not a health professional used to administering nose swabs, Kuelzer felt she had to find a solution.

“We don’t have a public health response,” Kuelzer said. “We have a private industry response and that’s the only way we’re going to get anything.”

While the pooled-testing is a budget-friendly solution for Kuelzer, it still adds to her recurring costs – a round of combined testing for her 10 employees is about $150, she said. To balance the expense, she put a note on Grendel’s menus telling customers they can choose to buy a test for their server or bartender for $15.

Patrons immediately opened their wallets and covered the $300 necessary for one week of testing, Kuelzer said. Support and praise for the program extends beyond Grendel’s walls: In January, Kuelzer received a cover letter inquiring about an open position at Grendel’s after hearing about the pooled-testing program. The interest is helpful, as finding people to work in a restaurant can be challenging during the pandemic, Kuelzer said.